Visitors are seen on the Broken Bridge over the Yalu river which separates North Korea's Sinuiju from China, in Dandong, Liaoning province, China on March 19, 2021. - Reuters

BEIJING: News about North Korea cutting off ties with Malaysia is a hot topic among Chinese Internet users.

The issue shot up to the list of the day's hottest news on the social media and news portals soon after local media reported it early on Friday (March 19).

As of 4pm, the news was ranked second on the Baidu search engine with over 4.6 million visits, just slightly below the China-US high-level strategic dialogue in Alaska.

Users have mixed reactions about the broken diplomatic ties.

One of them, commenting on a short news story, wrote: "The shorter the news, the bigger the issue, but this is not what a layman like me should worry about."

Some people felt that the unilateral action of the Democratic People's Republic of Korea (DPRK) would not cause any impact.

"The two countries hardly have any physical exchanges after all," read a comment.

Some with overactive imaginations said Malaysians "may find missiles flying over your head one day", but this was laughed off by others, who doubted if North Korean's weapons could reach Malaysia, which is nearly 5,000km away.

Others said Mun Chol-myong was not an ordinary citizen as North Koreans are not able to travel overseas freely.

Some said it was a pity to see two countries, which used to have good ties – with Malaysia being the only country granted with visa-free status by Pyongyang – to go separate ways.

Some users even praised North Korea for standing by one of its own citizens, blaming Malaysia for not putting the friendship into consideration by allowing the extradition of Mun to the United States.

Reciting a Chinese idiom "those who go barefoot need not be afraid of those who wear shoes", indicating that those who are poor have no fear as they have nothing to lose.

Some also said the United States was the real culprit as Malaysia was "too small" to fight a world superpower.

Internet users have called on Pyongyang to follow China's footsteps and speed up its development and grow strong so it will not be bullied.

"Making friends is better than making enemies, I hope the two countries will mend the relationship soon," said another. 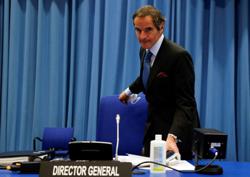 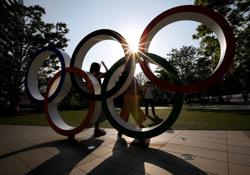