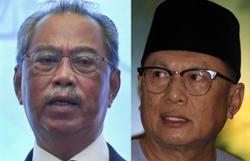 Muhyiddin’s lawyer Rosli Dahlan said Justice Mohd Firuz Jaffril granted the ad interim order until the disposal of the inter parte hearing, which has been fixed for May 24.

“The injunction order is similar to the earlier ex parte application (granted by the same court on March 1), ” he told the media yesterday.

The ex parte injunction order which lasts for 21 days, ends on March 21, after which the ad interim injunction would take effect.

“The ad interim injunction order will expire when the case is over, ” added Rosli.

He also said the alleged defamatory statements had since been taken down from Mohd Puad’s Facebook page.

Meanwhile, lawyer Mohamed Shahrul Fazli Kamaruzaman who is representing Mohd Puad said the hearing on May 24 was to hear his client’s application to set aside the injunction order.

He said both parties needed time to send in their submissions and affidavits.

“The plaintiff’s (Muhyiddin) legal team had asked for the ad interim injunction order to follow after the expiry of the ex parte order.

“We did not object to the application, ” said Mohamed Shahrul.

On March 1, Muhyiddin filed the writ of summons and applied for an injunction order to restrain Mohd Puad as the defendant, or his agent, representative or anyone from republishing, reposting and resharing the allegedly defamatory statements on Mohd Puad’s Facebook page.

Muhyiddin filed the application on grounds that the statements by Mohd Puad were false, defamatory and had tarnished the reputation and the good name of the Prime Minister, locally and internationally.

He said the ex parte injunction application was needed because if a notice was served to the defendant, there would be a risk that the defendant would sensationalise the application which would result in his readers sharing the post.

Muhyiddin, who filed the writ of summons and statement of claims in his personal capacity, claimed that on Feb 9, Mohd Puad had published a post on his Facebook page under the name of “Dr Puad Zarkashi” with the title “Kuarantin pun ada dua darjat?”.

Muhyiddin claimed that the post could be accessed by Internet users across the world and had received 1,200 reactions, 215 comments and 182 shares.

He claimed that the post referred to “PM” which is an abbreviation for the Prime Minister and that the post contained untrue, unwarranted, unsubstantiated and mischievous remarks against him and have defamed him.

Apart from that, he also claimed that the statements also implied that his refusal to be quarantined was due to the new instruction issued by the Health Minister through the Federal Gazette that Cabinet ministers returning from official visits abroad would only be required to undergo quarantine for three days and thus overruled the instruction of the Health director-general under Act 342 (Prevention and Control of Infectious Diseases Act 1988).

“It also implied that the plaintiff had refused to adhere to the instructions of the Health DG, provisions under Act 342 and the movement control order, had abused his power to enable the Cabinet ministers to undergo only three days of quarantine which contravened the Health DG’s instructions, and showed no concern over public health, ” he said.

Muhyiddin claimed that following the defendant’s post, the defamatory statements had also been published by several news portals, including that of Sinar Harian and MalaysiaGazette, and that the defendant had, on Feb 19, made another post on his Facebook page after he sent a legal letter demanding a public apology and compensation of RM10mil.

He further claimed that Mohd Puad had, at 7.44am on Feb 21, published on the same Facebook page the third post asking “When Muhyiddin will make another trip overseas?” and the fourth at 8.17am on Feb 23, “Inviting him for a debate”.

According to the plaintiff, on Feb 9, the Prime Minister’s Office (PMO) in a statement strongly denied claims made by Mohd Puad and explained that Muhyiddin had been handed the home surveillance order and given the observation wristband to wear as soon as he arrived from Jakarta on Feb 5 and that he was undergoing quarantine at home.

The PMO had said that legal action would be taken against Mohd Puad if he failed to make a public apology over the matter.

“The defendant also failed to communicate with the PMO to verify the information in the statements before publishing it, ” it said.

Muhyiddin is seeking general, exemplary and aggravated damages as well as an order for the defendant to issue a public apology according to the terms to be determined by the plaintiff.

The plaintiff also wants an order for news portals and social media that had published the defamatory statements to also publish the apology to him. 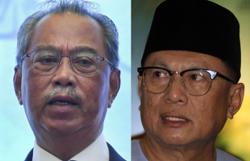