Selangor JPJ: 776 accidents on PLUS Highway caused by objects falling from vehicles in 2020 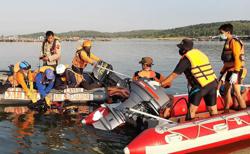 KLANG (Bernama): Objects falling off vehicles caused a total of 776 accidents along the PLUS Highway in 2020, says the Selangor Road Transport Department (JPJ).

Its director Nazli Md Taib said this was a worrying statistic and PLUS also reported 19,218 objects were collected along the highway that year.

"Of the total, 46.1% were tyre debris, steel (18.4%), wood (11.9%) and the rest were other objects such as vehicle components and plastic items," he said in a news conference in conjunction with 'Op Halangan' at the Bukit Raja Toll Plaza here, on Wednesday (March 10).

Nazli said the integrated operation in collaboration with PLUS Malaysia Bhd and the police, aimed at creating awareness among trailer and lorry owners and drivers not to place items such as wood and steel under the vehicle's body, which could cause accidents.

He said from 8am to 11am Wednesday, JPJ has issued 196 summonses for various offences such as wooden stopper offences (46 cases), technical offences (21), retreaded/bald tyres (11), overloading (four) and two cases related to the Land Public Transport Agency.

"Although they claimed that the wood or steel pieces were tied neatly and used to hold goods, that should not be an excuse for trailer owners to have unauthorised items," he said.

Nazli explained that under the Road Transport Act 1987 and Motor Vehicles (Construction and Use) Rules 1959, vehicle owners are not allowed to place any object on the vehicle's body.

He added that Op Halangan would continue until the end of the year and to date, Selangor JPJ has issued 14,142 summonses to trailer and lorry owners for various offences. – Bernama 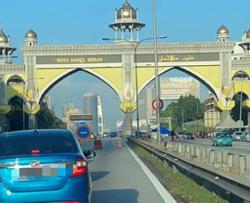 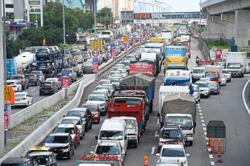