Compiled by CHOW HOW BAN, JO TIMBUONG and R. ARAVINTHAN

GORGEOUS Singapore-born actress Atikah has made it clear that she has been working hard instead of depending on her boyfriend to have a life of luxury.

Kosmo! Ahad ran a story under the heading “Datuk isn’t sponsoring me” in which the actress dispelled talk that her boyfriend Datuk Lokman Teh, who is the heir to a body care business, was the reason why she could afford a lavish lifestyle.

“He has never spoiled me with a luxury lifestyle, ” said Atikah, 30.

“If he did so, why would I need to work so hard as an actress?”

However, she admitted to dreaming of having an easy life.

“If possible, I would like to be a tai tai (a Cantonese term to describe a lady of privilege) but I still have to work to make a living, not to just take care of myself, but also my parents in Singapore, ” she said.

> A community garden set up by residents of Proton City in Tanjung Malim has provided them with a fresh source of vegetables and herbs, Berita Harian reported.

The urban garden project, located at the edge of the residential area and measuring about 0.5ha, is tended to by about 30 residents.

The garden is equipped with its own solar-powered dehydrator, jointly developed by Universiti Kebangsaan Malaysia (UKM) and Universiti Pendidikan Sultan Idris to dry their herbs.

Now it provides residents with herbs and vegetables such as curry leaves, torch ginger flowers (bunga kantan), lemongrass, pandan leaves and many more.

“Residents divide themselves into teams that work on their own patch and we take turns watering the plants, ” Razak said. 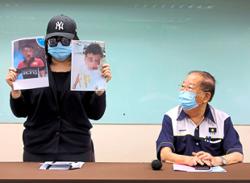