She said a local importer is appealing to the National Solid Waste Management Department (JPSPN) for a permit to remove 123 containers from the terminal.

“As far as I know, JPSPN and the Customs Department are still considering the request, ” she said.

If the application by the local importer is unsuccessful, the containers will be sent back to their countries of origin, she said.

Apart from the 123 containers, there are more than 100 other containers still stranded at NBCT, she added.

It was reported on May 31,2019, that 265 cargo containers filled with rotting food, organic matter and plastic waste were stranded there.

On June 15 that year, Penang Customs uncovered another 132 containers filled with plastic waste at NBCT.

The containers had been shipped in from various countries such as Britain, the United States, Canada, Belgium, Germany, Hong Kong and Japan.

Each 40-foot container carries about 10 to 15 tonnes of goods.

Of the 150 containers, 43 were returned to France, 42 to Britain, 17 to the United States, 11 to Canada, 10 to Spain and the rest to Hong Kong, Japan, Singapore, Portugal, China, Bangladesh, Sri Lanka and Lithuania.

The Malaysian government did not pay a single sen, with the costs of transporting the waste back fully borne by shipping liners and importers, Yeo said. 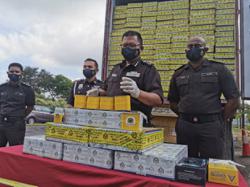 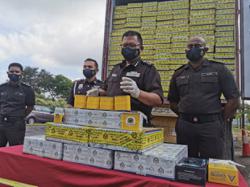