PETALING JAYA: MCA has launched the “Tun Sir Tan Cheng Lock Memorial Website” to pay tribute to the struggles and sacrifices of the founder of the party.

MCA president Datuk Seri Dr Wee Ka Siong said that he regarded Tan as one of the nation-building heroes of Malaya.

“We are fortunate to be born in this era of peace. However, we should keep in mind the struggles and dedication of Tan and always remember and respect his contributions.

“We can use the insights and feelings from his era to draw lessons from history, learn from the past, create new political thoughts and discourses, rejuvenate our party and fight for the interest of the rakyat, ” he said during his speech streamed on Facebook on Saturday (Feb 27).

He was speaking during MCA's 72nd anniversary celebration which featured a party flag raising ceremony and the launching of the Tun Sir Tan Cheng Lock Memorial website.

MCA vice-president Datuk Lim Ban Hong said there were initial plans to hold a photo exhibition of Tan, but it was called off due to the Covid-19 pandemic.

Lim said they have decided to make photos of Tan available on the website, adding that the website will also feature a complete biography and life story of the MCA founder.

“Additionally, his writings were published on the website, including personal writings and literature written about him by others open for public viewing and study.”

Lim said anyone who wants to learn and examine the thoughts and ideologies of Tan can refer to the newly launched website as a source of reference.

“We hope it becomes an academic platform that the general public and scholars can browse freely, ” said Lim

At the same time, Dr Wee noted that MCA is the political party in Malaysia which has party flag design based on the national “Jalur Gemilang” flag.

While pointing out that MCA was founded in 1949, Dr Wee said the party’s flag which was designed by party veterans Mok Yuen and Kean Chai Seng only came into existence in 1958.

“Both veterans were inspired by our Jalur Gemilang and used the blue background and yellow star from the upper left portion of our national flag to be the party flag.That’s how part of the national flag became the MCA party flag, ” said Dr Wee.

Dr Wee added that the message that was intended to be conveyed through the design of the party flag was that the Chinese community contributed and played its part in nation building.

“It was MCA which represented the Chinese community to work hand-in-hand with friends from other ethic groups to fight for the nation’s independence and build the country together, ” he added.

Dr Wee also said that the meaning behind MCA’s party flag design is consistent with the spirit passed down by Tan, that is MCA is a party committed towards nation building.

“Hence, we must always be a patriotic party, and patriotism is one of the core values of MCA, ” he added.

The Transport Minister said that party members must remind themselves that the country was established after a difficult time toiling for independence.

“Therefore, caring for this nation and protecting our country remain MCA’s unshakeable mission since the day the party was founded. Every MCA member shoulders a heavy responsibility, we must ensure that our party flag, together with the national flag that is Jalur Gemilang will keep flying high, ” he said.

Dr Wee also paid tribute to MCA members and its crisis relief squad for assisting the country in fighting the Covid-19 pandemic and the floods that were caused by the monsoon season early this year.

“In addition to distributing supplies, food and essential items, they continue to share accurate information on the Covid-19 pandemic and preventive measures to reduce people’s anxieties and worries, and to work with the government in fighting the pandemic.”

“The selfless dedication and contribution of MCA party members and volunteers during this period, the spirit of defying hardships with hard work, is a manifestation of patriotism.” 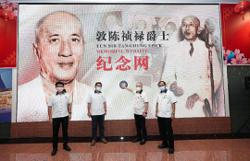 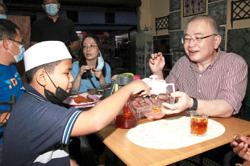