KLANG: Apparently shocked at the number of charges levelled against him, a 42-year-old man, accused of incest and rape, queried the Sessions Court here about it.

The father of five was slapped with a total of 64 charges for committing incest with his biological daughter and raping her friend, both aged 14.

It took about two hours for all the charges to be read to the accused.

However, no one replied to his question he asked after being charged with 55 counts of committing incest.

Soon after the charges were read, he was levelled with another nine charges for raping his daughter’s friend. The girls are classmates.

The man, whose name cannot be revealed to protect the identity of his daughter, claimed trial to all 64 charges.

He is charged under Section 376B (1) of the Penal Code for incest and faces a maximum 30-year jail term and whipping for each of the 55 charges, upon conviction.

He is also charged under Section 377B (1) of the Penal Code for committing carnal intercourse against the order of nature on the other girl and is liable to a maximum jail term of 20 years and whipping for each of the nine charges, upon conviction.

Lawyer Khairul Naim Rafidi pleaded to the court for bail, citing that his client is innocent until proven guilty.

“It is based on the principle of innocent until proven guilty and moreover if he is detained in prison, it may adversely affect my client and others in the current Covid-19 pandemic, ’’ he said.

DPP Nurul Qistini Qamarul Abrar argued that the offences committed by the man were highly serious in nature and he could also be a threat to the two victims, more so as he and his daughter lived in the same house.

“As for the Covid-19 pandemic, the prison authorities have done the necessary and all the inmates have been screened and quarantined before being allowed into prison, ’’ she said.

Judge M. Kunasundary denied bail and fixed the case for mention on March 24. 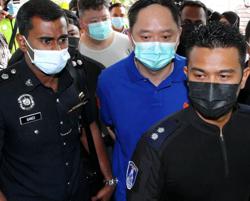 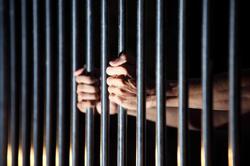