PETALING JAYA: As Covid-19 vaccinations start to roll out in many countries, including Malaysia which will start soon, talk of a “vaccine passport” is gaining pace.

Such a “Covid-19 passport” would allow borders to reopen, with international travel able to resume after a long hiatus caused by the pandemic.

Tourism industry players have given the idea a thumbs up although they have also voiced some concerns about such a passport.

Malaysian Association of Tour and Travel Agents (MATTA) president Datuk Tan Kok Liang said a vaccine passport or certificate could be a good start for the travel industry in the short to medium term.

“It should be able to facilitate and restore confidence in travel. However, there needs to be reciprocated arrangements with other countries, ” he said.

Several countries such as Iceland, Sweden, Estonia, Poland and Denmark are implementing vaccine passports as proof of an individual’s vaccination status in a bid to reopen international travel.

Health Minister Datuk Seri Dr Adham Baba had earlier said talks were being held on how to issue “Covid-19 passports” to those who have received the Covid-19 vaccine.

He cited the example of the Saudi Arabian government that issued a “yellow book” certification for those who had been immunised against Covid-19 and were visiting the country.

MATTA’s Tan said there were opinions that vaccinations should not be made a mandatory condition for travellers as there were a number of people who could not be vaccinated, such as children, and therefore there should be options that require travellers to merely be Covid-19 negative.

“More importantly, travellers must be responsible and respect health and safety rules, ” he added.

Malaysian Tourism Council president and Malaysian Inbound Tourism chief executive Uzaidi Udanis believes that a vaccine passport would be essential for the opening of borders but voiced concerns that the country could be left behind compared to others in the region.

“Industry players want to make sure that tourists are healthy before they come in. It could be the best answer, ” he said.

He noted that the MySejahtera application could be made mandatory for use by travellers in the country.

He, however, hoped that Malaysia would keep up with other countries as the whole rollout here was expected to be only completed early next year.

“I am afraid we may lose out if not enough of our citizens are vaccinated.

“Other governments may prefer to only allow their citizens into countries that have moved quickly (with vaccinations).”

Uzaidi said that some of his counterparts in China have even begun to inquire if Malaysia would be open to tourists by September, which he said was a golden month for tourists from that country.

Prime Minister Tan Sri Muhyiddin Yassin had previously said that in 2019, the tourism industry contributed 15.9% or RM240.2bil to the gross domestic product (GDP), with the labour force recorded at 3.6 million people.

Aviation aims for the sky with IATA Travel Pass 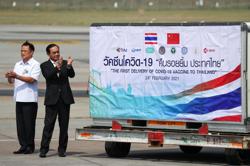