JOHOR BARU: An administrative assistant at the Kluang district kadi’s office has been charged in the Sessions Court here with 21 counts of making false claims amounting to RM16,800.

According to the charge sheets, she committed the offences between January 2015 and September 2016, by submitting claims under the “kelas takmir Masjid dan surau” programme worth RM800 each month.

Norazah is accused of committing the offences while serving at the Kluang district kadi office, which is under the Johor Islamic Religious Department.

If convicted under the Malaysian Anti-Corruption Commission (MACC) Act 2009, she faces a maximum jail term of 20 years and a fine of five times the value of the claims or RM10,000, whichever is higher.

Ahmad Kamal set bail at RM10,000 in one surety and fixed March 8 for next mention of the case.

He also ordered Norazah to hand over her passport to the court and to report to the MACC office every month until her case is over. 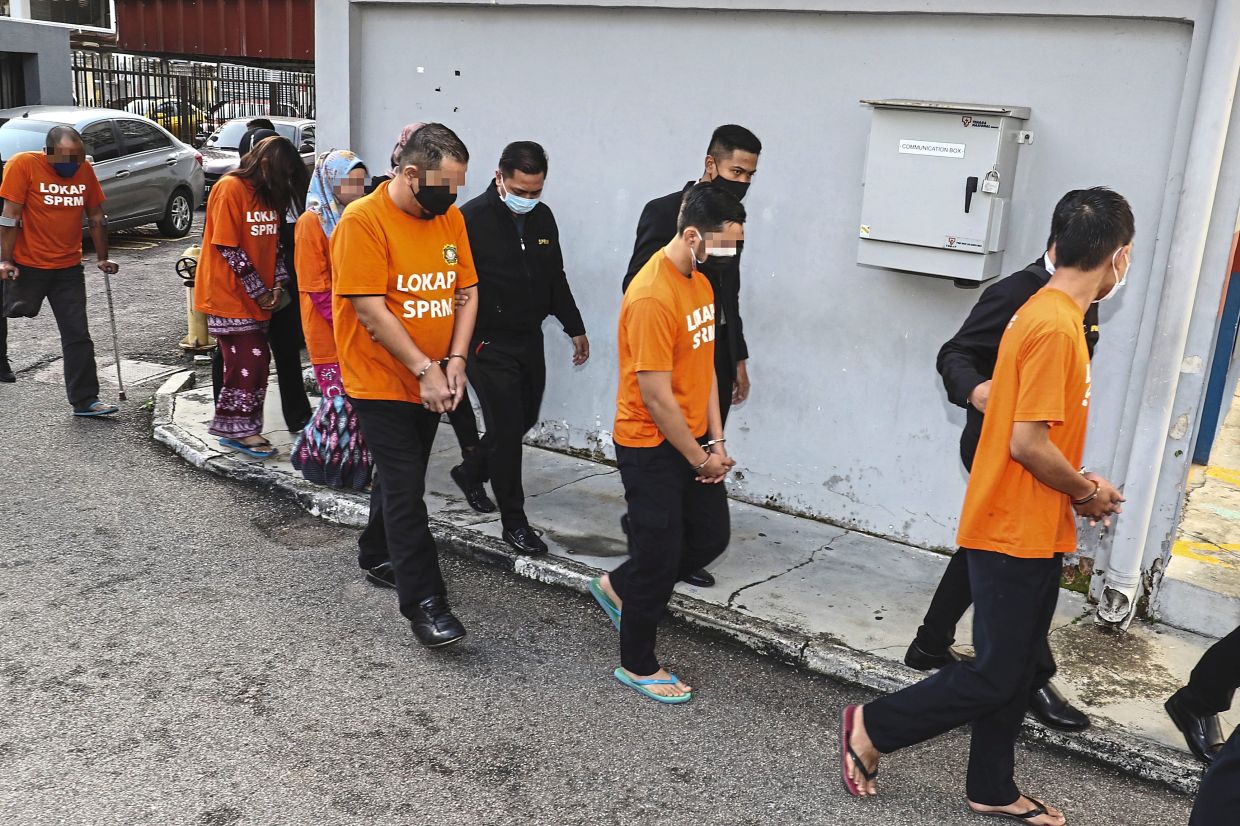 In custody: JPJ personnel being led to the Magistrate’s Court in Johor Baru where they were remanded for seven days on corruption charges involving motor vehicle licences. — Bernama

In an unrelated case, the Magistrate Court’s here granted a seven-day remand order on seven Road Transport Department (JPJ) personnel currently being investigated by the MACC.

On Sunday, the MACC arrested the individuals aged 27 to 42 for alleged corruption involving 1,000 motor vehicle licences.

According to an MACC source, the suspects – two women and five men – were those manning JPJ counters in Johor.

“The suspects are believed to have manipulated JPJ’s MySikap system to handle the licences and had caused losses of about RM3.1mil in road taxes to the state JPJ within six months between July and December 2019, ” said the source.