Nurse and medical staff adjusting a vaccination banner at the Indoor Stadium in Kuching, where Sarawak's Covid-19 immunisation programme will be launched on Saturday (Feb 27). — ZULAZHAR SHEBLEE/The Star

KUCHING: A new Covid-19 cluster in Sarawak has been traced to a private gathering in Betong town.

The state disaster management committee said the Jalan Muhibbah cluster had 18 confirmed cases out of 110 individuals screened to date.

"This is a community cluster at a house at Jalan Muhibbah in Betong where a social gathering was held on Feb 10.

"The index case is a 50-year-old man who tested positive on Feb 16 after developing symptoms on Feb 14," it said in a statement on Tuesday (Feb 23).

The committee said 25 clusters remained active in Sarawak, while the Bah Sayap cluster in Miri was declared to have ended after recording no new cases in the last 28 days. 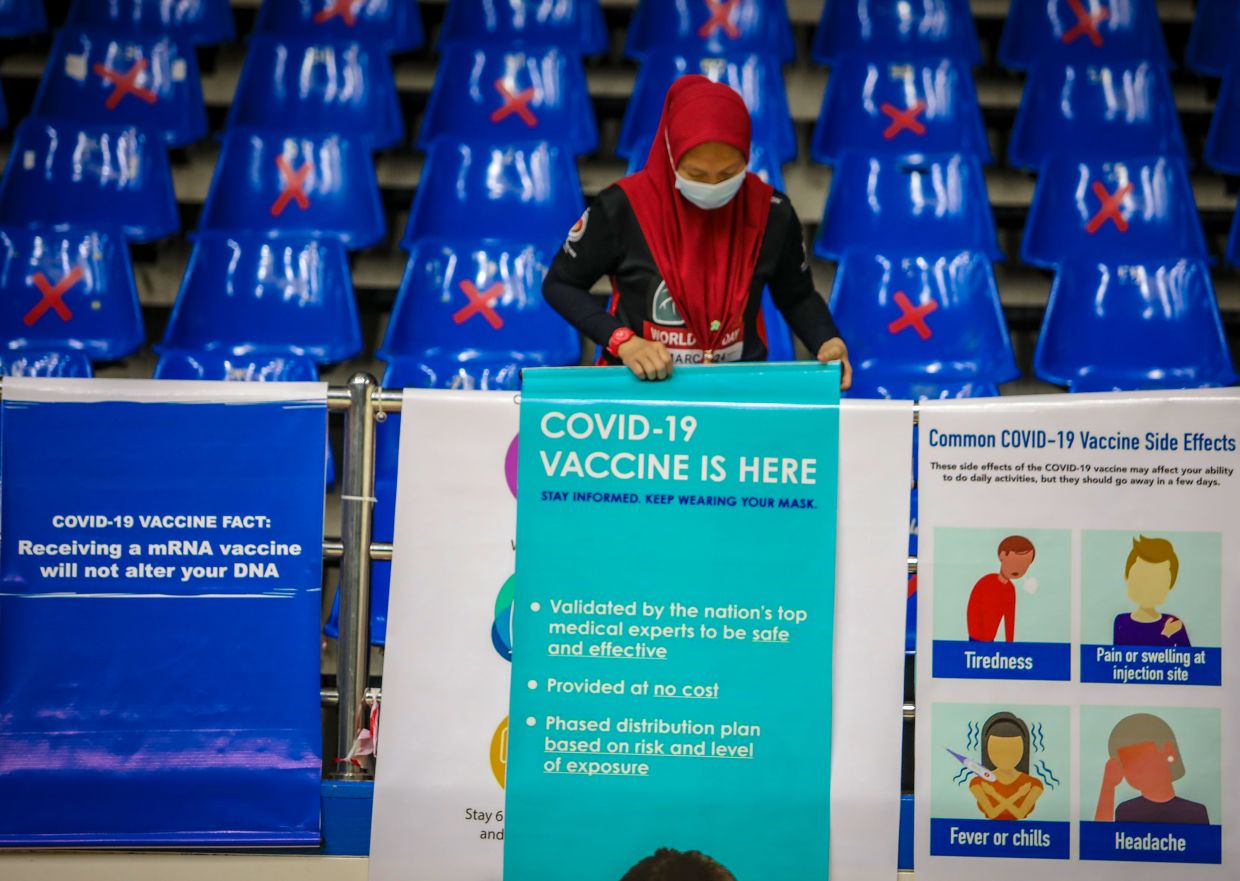 It also said there were 133 new cases and two more deaths in Sarawak on Feb 23, bringing the number of fatalities to 76.

The latest fatalities were men aged 41 and 74 who died at Sibu Hospital on Feb 22 and 23 respectively.