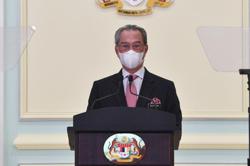 KUALA LUMPUR: The Drug and Substance Abuse Act, which will replace the Drug Dependants (Treatment and Rehabilitation) Act 1983, will enable many drug abusers and addicts to be rehabilitated instead of being sent to jail.

Home Minister Datuk Seri Hamzah Zainudin said the change of punishment for drug abusers and addicts from prison sentences to rehabilitation and treatment programme would materialise this year through the new legislation.

He said this was to avoid the stigma of society, which tended to look negatively on drug abusers.

“It will also facilitate their reintegration into the community and give them a second chance, ” he said during the National Anti-Drugs Agency’s (Nada) Facebook Live session yesterday.

The session was held in conjunction with the 38th National Anti-Drugs Day.

Hamzah said the theme “Lebih Baik Cegah” (Prevention is Better) was chosen for this year’s National Anti-Drugs Day celebration to remind all parties to play a proactive role in protecting themselves and those under their care from being involved with dangerous drugs.

The minister said in line with the increasingly complex challenges and problems to meet the target of “Dadah Terkawal 2025” (Control of Drugs 2025), the government would continue to intensify efforts to involve all parties and stakeholders. — Bernama