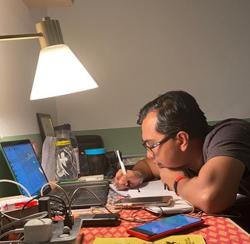 PETALING JAYA: The authorities should treat the cause and not the symptoms in the matter of tertiary students allegedly using the Sugarbook app to find sugar daddies, say former deputy minister Hannah Yeoh and social activist Syed Azmi Alhabshi.

“We urge the Government to tackle this negative social issue in a more effective manner," Yeoh and Syed Azmi said in a joint statement posted on Yeoh's Facebook on Tuesday (Feb 16).

The former deputy Women, Family and Community Development minister and Syed Azmi suggested that in addition to blocking the app, the Government should adopt several other measures to address issues affecting the young.

“There are children and youths today who are struggling with identity crises and are finding it hard to find a direction in life.

“These are the reality and challenges they face and as long as we deny this reality, we will continue to fumble in the dark, ” they said.

They noted that there should not be any "victim blaming" in sexual offences, or excuses that the crime was caused by the victim's habits or manner of dressing.

Among their suggestions were the setting up of a ministry for children and a dedicated multilingual hotline for youths.

Other suggestions to the Government included the appointment of more child protection officers and the enhancement of laws on sexual offences against minors.

They also suggested that efforts be made to wipe out syndicates dealing in drugs or human trafficking, and corruption among the authorities that allows such rings to operate.

The Malaysian Communications and Multimedia Commission (MCMC) blocked the Sugar daddy dating platform Sugarbook on Monday (Feb 15) following investigations into the use of the app.

The move came after a call by Deputy Minister in the Prime Minister's Department (Religious Affairs) Datuk Ahmad Marzuk Shaary for the app to be blocked over its alleged use by students to hook up with sugar daddies.

On Sunday (Feb 14), Bukit Aman CID director Comm Datuk Huzir Mohamed confirmed that a police report was lodged by a public institution of higher learning over the alleged abuse of the app.

He said an investigation would determine if the abuse of the app could lead to prostitution. 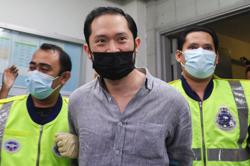