KOTA KINABALU: A man spent part of the first day of Chinese New Year on the roof of a commercial building to escape policemen who raided a gambling den in the Bundusan area near here.

However, he was later seen climbing down using a rooftop ladder and reentering the building via a window.

The man's escape attempt, which took place around 4.30pm on Friday (Feb 12), was caught on a viral video.

At least 10 people are believed to be nabbed in the raid.

Police were alerted to the gambling taking place in one of the units of the building by neighbours due to the gamblers making too much noise. 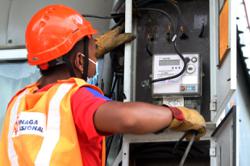 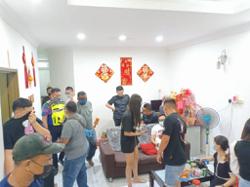