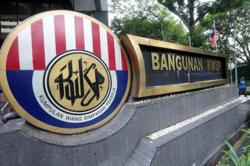 Ray of hope: People queueing up to submit their i-Sinar category 2 application form at the EPF branch in Puchong. — AZHAR MAHFOF/The Star

PETALING JAYA: The i-Sinar facility is set to be relaxed further to give more Employees Provident Fund (EPF) members the option of withdrawing money from Account 1 to meet their living needs, say sources.

They said the current withdrawal eligibility criteria of a 30% drop in income was quite limited in view of the existing movement control order and its effect on the economy and the general public.

“We can loosen up the conditions a bit more, ” said one source, who added that new terms are set to be announced soon.

Currently, members applying to withdraw their savings through the i-Sinar programme will need to fulfil at least one of two criteria, both of which require at least a 30% drop in income or salary before a withdrawal is allowed.

Under the first category of the i-Sinar facility announced last December, members who have not contributed to the EPF for at least two consecutive months or are still working but have suffered a reduction of 30% or more in their base salary from last March, would be eligible to withdraw their savings.

The EPF, in announcing the existing requirements for withdrawal, had then said that for this category, applicants need not submit supporting documents as approval is automatic based on EPF’s internal data. Members only had to apply online beginning Dec 21 last year.

It said eligible members under this category include those working in the formal sector or gig economy and are self-employed, those who have lost their jobs, housewives or those given no-pay leave. Payments started from the middle of January this year.

The second category of eligibility are members whose total income, which includes base salary and other benefits such as allowances and overtime, has been reduced by 30%.

However, to withdraw their savings under the second category, people would need to submit supporting documents as proof.

It was announced that eligible members with RM100,000 and below can withdraw any amount up to RM10,000 with payments staggered over a maximum of six months. The first payment was to be RM5,000.

Members with more than RM100,000 can withdraw a maximum of 10% of their savings in Account 1 or up to RM60,000, whichever is lower. In that category, payments would be staggered over a maximum of six months and the first payment will be up to RM10,000.

Also being looked at is a measure to accelerate the disbursement of payments up to RM10,000.

The source said the 30% threshold was a steep mark to cross for eligibility, given the effects of the current softness in the economy and the impact of MCO 2.0.

“There are a lot of people who may not have had a 30% drop in salary but are feeling the pinch.

“They may also have a spouse who has experienced a drop in take-home pay that will affect household income, ” said the source, who added that it was therefore urgent to allow these people to secure enough cash flow for their living needs.

The i-Sinar programme covers some eight million members whose livelihoods have been affected but with the relaxation of criteria, it is expected that more people would have the option of dipping into their EPF savings to tide things through.

The onset of the current partial lockdown led to even more pressure on the economy, with the country projected to be losing RM700mil each day it remains under MCO 2.0.

With businesses under pressure and unemployment ticking up last December, conditions are going to get worse before they get better, and the source said it was important for people to have the option of using their EPF funds for emergencies.

In the fourth quarter of 2020, there were 533,700 people who worked less than 30 hours per week due to adverse working conditions or insufficient work, compared to the third quarter figure of 403,800 people.

Unemployment is expected to have ticked upwards in January, hence the need to allow people more flexibility in withdrawing their retirement savings.

With the loosening of MCO 2.0 restrictions and more retail outlets allowed to open, it is envisaged that this would have a positive impact on the economy and employment.

Also helping to address the issue of employment is the National Employment Council (NEC), which is under the stewardship of Prime Minister Tan Sri Muhyiddin Yassin, which is seeking to create 500,000 new jobs despite the pressures caused by the Covid-19 pandemic.

The NEC aims to find ways, not only to create more jobs, but to also help those without employment or income. 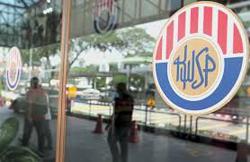 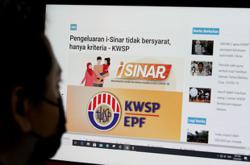