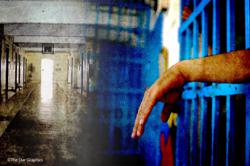 KLANG: A jobless man was sentenced to 1,050 years in jail and ordered to be given 24 strokes of the cane for raping his stepdaughter.

Sessions Court judge Datin M. Kunasundary handed down the sentence after the accused pleaded guilty to raping the 12-year-old 105 times over a period of two years.

Kunasundary ordered the accused to serve 10 years in jail and two strokes of the cane for each rape charge, with the sentence to run consecutively from the date of arrest on Jan 20.

Yesterday’s proceedings took almost five hours after each charge was read out separately.

In passing the sentence, Kunasundary said the offence was abominable and had blighted the child’s future.

“I hope you will repent while in prison. You should not have committed a violent act and although the punishment is minimum, the court feels this is sufficient by taking into account the number of charges, ” she said.

The accused was charged with committing incest from Jan 5,2018, until Feb 24 last year under Section 376B of the Penal Code.

The offence carries a jail term of not less than 10 years and not exceeding 30 years, and whipping.

Earlier, Deputy Public Prosecutor Nurul Qistini Qamarul Abrar urged the court to impose a heavy custodial sentence and the maximum strokes of the cane, taking into the account the public interest factor.

“The victim was 12 when she was first raped by the accused, who then continued to rape her 105 times over a period of two years.

“As her stepfather, he should have been responsible for protecting the victim but instead, he destroyed her self-worth. His action will cause life-long trauma to the victim, ” she said. — Bernama