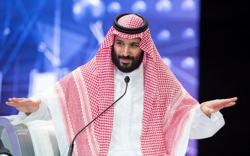 KUALA LUMPUR: The Biden administration will be well equipped to build relations with Malaysia and other Asean countries, says the US ambassador here.

Kamala Shirin Lakhdhir said she was confident of this based on President Joe Biden’s Cabinet picks, many of whom are well aware of the dynamism of the region in terms of the global economy.

“There is a lot of work ahead for them. Malaysia is a founding and key member of Asean, but they will not just be looking at bilateral relations.

“The new administration will look at the region as a whole, ” she said in an interview ahead of Biden’s inauguration as the 46th US President in Washington.

Such a pivot back towards the Asean region would be in sharp contrast to Donald Trump’s presidency.

Trump, who lost in the November presidential polls, had for the third year in a row declined to participate in the annual Asean Summit, which includes a meeting between leaders of the group’s 10 member nations and the United States.

He was also a no-show at the East Asia Summit, which his predecessor Barack Obama began attending in 2011.

Lakhdhir, who will wrap up her tour of duty here soon, said that while the Asean region would receive new attention, Biden’s top priorities would be tackling the Covid-19 pandemic, which has ravaged the United States with over 400,000 deaths, and rebuilding the national economy.

But even in the Covid-19 fight in the United States, Malaysia may have a role to play.

Saying that the United States had a long history of health cooperation with Malaysia, the envoy said both countries were working closely on emerging diseases with a focus on veterinary science.

“A lot of the emerging diseases are partly due to human-animal contact. Going forward, I hope that we can expand and deepen this cooperation. Much of the work is in Sabah, ” she added.

Lakhdhir said the new president’s team would also focus on climate change and the environment as part of the administration’s international agenda, citing human trafficking, the haze, labour and migration as issues which required a transnational approach to resolve.

On the outcome of the US presidential election which was hotly disputed by Trump, leading to the chaos and violence at Capitol Hill on Jan 6, she said all 50 states had certified the results and the constitutional processes were followed.

“There have been a lot of accusations, but we have done this (presidential elections) for a long time, ” she said, adding that it was time to move forward with Biden and Vice-President Kamala Harris now firmly in their seats.

On her lasting memories of Malaysia, Lakhdhir, who was posted here in 2017, said she enjoyed interacting with all communities in Malaysia in her visits around the country and during the “harmony walk” events she led with local faith leaders.

“The part I will remember best is meeting people in schools, universities, temples, churches and mosques, as well as talking to people and hearing their concerns, hopes and fears for the future and their aspirations for their children, ” she added.

Lakhdhir cited the now suspended US English Teaching Assistants (ETA) programme as one which she would always hold close to her heart.

“Given the Covid-19 situation in 2021 and schools not being able to resume in January, we are hoping to start it in January 2022. We are still working and talking to the (federal) and state governments.

“Our hope is that in 2022, the Covid-19 situation would have improved and the vaccine will be distributed both in the United States and Malaysia for schools to resume with direct education, ” she added.

The programme, which had been running for 15 years, was called off last year following the complete closure of schools under the movement control order imposed in Malaysia in March.

He said the sphere of relations covering political security, economy and trade, defence and education continued to grow, with ties now at a Strategic Partnership level.

“We also look forward to working very closely with the United States on other multilateral and regional issues for mutual benefit, ” he added. 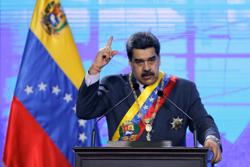 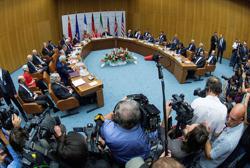