Lawyer from Merlimau loses RM18k after befriending woman on WeChat 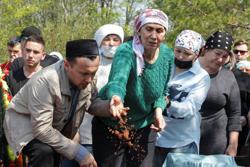 Melaka Commercial Crime Investigation Department chief Supt E. Sundra Rajan said the victim had befriended a woman who claimed to be from China through the WeChat dating site on Nov 26, last year.

“The victim was told of a chance to earn lucrative returns by transferring money into a supposed online investment scheme called ‘Malaishop.CN’ after a few days of communication, ” he said on Thursday (Jan 21).

He said however, the victim did not receive any returns including the capital as guaranteed.

“There is no such thing as easy money and I hope people don’t get trapped in widespread online investment scams, ” he said.

He added that the case is being investigated under Section 420 of the Penal Code for cheating, which provides for a maximum jail term of 10 years and whipping, and a fine if convicted.