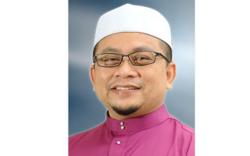 KOTA BARU: The government does not rule out the possibility of amending the Syariah Courts (Criminal Jurisdiction) Act 1965 or Act 355 to provide for heavier punishments on lesbians, gays, bisexuals and transgender (LGBT), says Deputy Minister in the Prime Minister’s Department (Religious Affairs) Ahmad Marzuk Shaary (pic).

The current sentence under the Act, which provides for a three-year imprisonment, a fine of RM5,000 and six strokes of the cane, is seen as not having much effect on the group of people.

This amendment should be seen as necessary to address their wrongdoings, he told reporters after the Food Bank Donation Handover by the Federal Territory Islamic Religious Department (Jawi) at Kompleks Purnama near Pengkalan Chepa here yesterday.

Stern action had been taken against those who did not dress as required by their gender, he added.

“All state religious agencies and enforcers have been instructed to take action against those who do not behave accordingly, ” he said.

He urged the public with information on unhealthy activities carried out by the LGBT group to come forward and make a report to the authorities to facilitate action against them. — Bernama 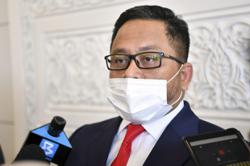