Number of Covid-19 cases should stabilise in a week, says Health DG

PUTRAJAYA: The number of new Covid-19 cases in the country will continue to be on the rise before stabilising in a week’s time, says Tan Sri Dr Noor Hisham Abdullah (pic).

The Health director-general said the number of daily cases in the past few days was due to infections before the second movement control order was implemented on Jan 13 in several states.

“Although MCO 2.0 was imposed on Jan 13, we are still not able to see the results and effects of it yet.

“For the next two or three days, we expect the cases to still be on the rise.

“But hopefully in a week’s time, the number of cases will stabilise, around 3,000 cases.

“At the end of the two-week MCO period, we will evaluate whether or not it should be extended for another two weeks, ” said Dr Noor Hisham at his ministry’s Covid-19 press conference here on Tuesday (Jan 19).

MCO 2.0 was first implemented for the states of Selangor, Penang, Melaka, Johor, Sabah and the Federal Territories of Kuala Lumpur, Putrajaya and Labuan.

Earlier on Tuesday, the government announced that the rest of the country, except Sarawak, will also be under MCO starting Jan 22.

In Sarawak, only the districts of Sibu, Selangau and Kanowit under the Sibu division are under full MCO, while the rest of the state is under conditional MCO.

Dr Noor Hisham said the government’s decision to implement the MCO to the rest of the states is due to the increasing number of infections caused by interstate travel.

“The increase of cases is not just in the Klang Valley, but the rest of the peninsula and the spread is due to interstate travel.

“So it is only fitting that the MCO is implemented in the other states too.

The states of Negri Sembilan, Pahang, Perak, Kedah, Terengganu and Perlis will be on MCO from Jan 22 to Feb 4.

Since Jan 14, the number of cases in the country has remained above 3,000.

The highest number of daily cases reported in the past week was 4,029 on Jan 16, which is also the country’s daily record. 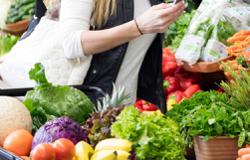