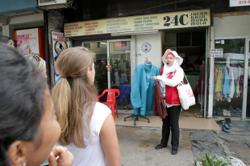 KUALA LUMPUR (Bernama): Tourist guides, as well as taxi and bus drivers will be receiving a one-off financial assistance of RM500 involving an allocation of RM66mil under the Permai assistance package.

Apart from that, he said excise duty and sales tax exemption for the purpose of transfer, disposal and for private use of taxis provided the vehicle is owned for seven years, has been reduced to five years effective Jan 1 to Dec 31 2021.

He made the announcement when presenting the Permai assistance package, which was carried live via television and social media platforms on Monday (Jan 18).

The granting of the aid to lighten the burden of the group under the movement control order was among 22 initiatives under Permai valued at RM15bil.

Muhyiddin said Syarikat Jaminan Pinjaman Perniagaan will also introduce a Bus and Taxi Hire Purchase Rehabilitation Scheme and under the scheme, 50% guarantee on financing from hire purchase and leasing companies will be provided for selected buses, such as sightseeing buses and taxis.

"With this, bus and taxi operators can restructure their financing and enjoy a 12-month moratorium and lower monthly repayments. A guarantee of RM1bil will be provided for this purpose, ” he said.

The Prime Minister also announced that the special tax relief of up to RM2,500 on the purchase of mobile phones, computers and tablets, which expired on Dec 31 2020 will be extended for another year until the end of 2021.

Attention was also given to student welfare in which, according to Muhyiddin, the special Internet subscription package provided for students of SPM and STPM earlier, would be expanded to students of higher education institutions until the end of April this year.

Meanwhile, he said the provision of free 1 Gigabit data to the public valued at RM500mil starting Jan 1 2021 would be extended until the end of April and the government hoped both efforts of the telecommunications industry would relieve the burden of consumers.

Apart from that, borrowers of the National Higher Fund Corporation (PTPTN) who were affected by Covid-19 pandemic and floods, could apply for repayment moratorium for three months up to March 31, Muhyiddin added.

In another development, the Prime Minister said the government also agreed to extend the effective period of inability to perform contractual obligations to March 31, considering the current situation and in line with the MCO announcement.

This covered hire purchase agreements or leasing contracts and credit sales contracts to benefit affected groups such as the B40 and M40 as well as micro enterprises who are unable to meet their contractual obligations, he said. - Bernama 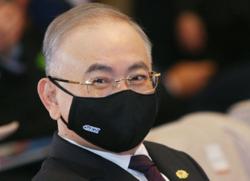