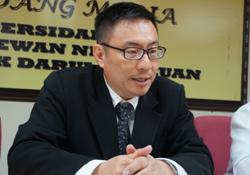 Party disciplinary committee chairman Chong Chien Jen said this was decided after a meeting held on Sunday (Jan 17) by the committee members.

He said DAP’s constitution does not allow any party member to become a member of another political party, and anyone found doing so would have their party membership terminated.

“Dual-membership is deemed to be treachery to the party, as it has widely been reported in the media that Leong has applied to join MCA.

“The committee had written to Leong to seek clarification and an explanation from him about the media reports but instead of replying to our letter, he told the media that he would not reply to the query, ” he added.

Chong said that such defiance and arrogance from Leong towards the internal disciplinary mechanism was not acceptable.

“Most importantly, it lends credence to the report about him applying to join another party, which is a fundamental breach of the party’s discipline and a compromise to the integrity of a party leader.

Thus he has left the committee with no other alternative but for us to terminate his membership, ” he added.

The Chinese media had been reporting that Leong, Pokok Asam assemblyman Leow Thye Yih and several other DAP members were quitting the party to join MCA.

Leow had dismissed such claims, while Leong, on his part, had said that he had not quit the party.

Perak DAP Youth secretary Teoh Yee Chern had said on Jan 11, that he believed Leong’s heart is no longer with the party and that he should just quit, as he (Leong) cannot join another party first and wait to be sacked. 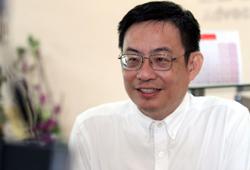