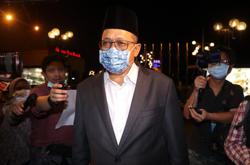 PETALING JAYA: Arau MP Datuk Seri Shahidan Kassim has proposed that he be replaced as a member of the Parliamentary Special Select Committee for Women and Children’s affairs.

The Umno lawmaker said his name was not supposed to be included in the committee in the first place.

“I was not supposed to be part of this committee. I am already part of two other select committees and this will be the third committee, it is too many.

on security issues, ” he told The Star.He said another MP was proposed for the Women and Children’s Affairs committee but due to technical reasons, the name was not included.

“I personally did not include my name in this committee. I am just standing in on behalf of the replacement, ” he said.

Sources told The Star that Umno Parit MP Datuk Nizar Zakaria was among the names suggested to replace Shahidan.

The Parliamentary Special Select Committee for Women and Children’s Affairs will be headed by Datuk Seri Azalina Othman Said.

Earlier, online portals reported that Shahidan’s appointment was criticised by some who noted that he was previously charged in court with molesting a girl.

However, the girl later retracted her report. Shahidan was then given a discharge not amounting to an acquittal.

Azalina, who is also the Deputy Dewan Rakyat Speaker, will chair the committee together with other lawmakers from both sides of the divide.

“I would like to thank all the committee members who elected me as the chairman, ” Azalina tweeted yesterday.

Azalina, who is Pengerang MP, had served as the Minister in the Prime Minister’s Department in charge of law. 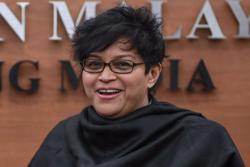 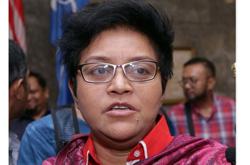