In a statement issued Wednesday (Jan 13), it said that two portals had uploaded news reports claiming that Dr Noor Azmi received a courtesy call from a group of individuals in his office, on Wednesday.

"The writings and allegations made by the two portals are not true at all. The picture of the visit was on Jan 12, the day before the implementation of MCO.

"Therefore, the Office of the Deputy Minister of Health I requested that the portals retract the allegations and untrue information immediately,” it said.

Such allegations gave a bad perception of Dr Noor Azmi and the Ministry of Health, it said. 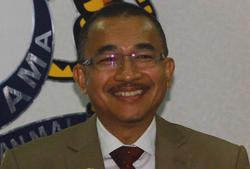