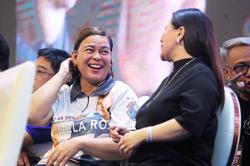 Not in favour: (From left) Lee, Lau and Marzuki are among those opposed to Umno’s call for a snap election at this time.

PETALING JAYA: As Covid-19 cases continue to rise in the country, civil society groups and politicians say a snap election should be avoided.

Alliance for Safe Community chairman Tan Sri Lee Lam Thye said calling a general election now was not the right thing to do with Covid-19 showing no signs of abating.

“The situation is very serious going by the daily figures, which hover at around 2,000 new cases. We should learn from the lessons of the Sabah election (in September).

“We ended up with cases going out of control despite the Health Ministry’s best efforts, ” he added.

Lee said even the standard operating procedure (SOP) in place during the Sabah election did not help.

He added that while elections were important, they could wait for now as the next general election was only scheduled in 2023.

“Maybe once people have been vaccinated and the situation gets better after a few months, then we can consider.

“It is a matter of priority. Public health should come first, politics can wait, ” he said.

He said a general election could be considered after at least 50% of the population had received the Covid-19 vaccine.

Bersih 2.0 chairman Thomas Fann said the outcome of a snap poll at this time was likely to be a hung Parliament.

“We will be back to square one and there will be politicking and parties trying to overthrow each other, ” he said.

A group of 14 opposition politicians said they were appalled by Umno’s continuous demand to hold snap polls at a time when Covid-19 cases were spiralling and when several states were hit by severe floods.

They said barely three weeks after Parliament passed a budget of RM322.5bil to fight Covid-19, Umno now wanted to use fresh elections as a “trump card” to grab more power at the expense of Malaysians’ well-being and safety.

“They have bared their true colours for all to see, ” the joint statement by 13 opposition MPs and a senator stated.

Suhakam commissioner Jerald Joseph said the danger of a snap election was not during polling day itself but during the campaigning.

He said the Election Commission had to come up with strict guidelines where everything was done online or with minimum movement of people by giving all parties free access to national television, news and radio.

He added that the pandemic was also a good opportunity to consider new methods of voting such as postal or online voting.

However, Jerald pointed out that an election would be futile if there were no reforms.

“If whichever party wins and its members hop here and there, what is the point as all the efforts to choose a new government will again be wasted, ” he added.

Umno president Datuk Seri Ahmad Zahid Hamidi had said that the party wanted a snap general election to be called despite the Covid-19 pandemic.

“Why is Malaysia the only country afraid of this?” he said when opening the Bagan Datoh Umno general meeting during the weekend.

I will leave if supreme council wills it, says Khairy

MCA: We were not consulted on Annuar’s sacking 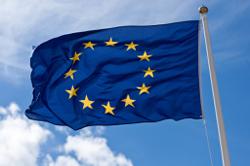