"Acting on intelligence gathered and information received from reconnaissance operations, illegal immigrant activities were traced from the coast of Tanjung Penyusop to Kampung Simon.

"At around 1.40am on Friday (Dec 4), 14 Indonesian illegal immigrants were found hiding in Kuari Baru, Pantai Kampung Tanjung Che Lahom," the Third Division Malaysian Infantry said in a statement on Friday.

The suspects were found to be aged between 21 and 47 and were believed to have just entered the country via illegal means.

"All have been brought to the Tanjung Sepang tactical headquarters for inspection and Covid-19 tests before being handed over to the Immigration Department," it said. 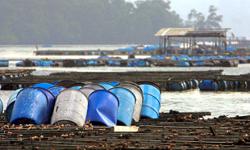