KANGAR (Bernama): Police are intensifying the hunt for the rest of the smugglers allegedly involved in a shootout with General Operations Force (GOF) personnel at the Malaysia-Thailand border two days ago, following the arrest of the main suspect in the case.

"The operation to track down the remaining smugglers is assisted by Bukit Aman, ” she told Bernama when contacted Thursday (Nov 26).

Earlier today, four men aged 26 to 45, including the main suspect and a Thailand citizen, were remanded for seven days until Dec 2.

Surina said the case is being investigated under Section 302/307 of the Penal Code for murder and attempted murder.

In the early Tuesday morning incident, Sjn Baharuddin Ramli, 54, was killed while his colleague Sjn Norihan Tari, 39, sustained serious injuries in a shootout with a group of smugglers, about 600m from the TS9 command post in Padang Besar, Perlis.

The late Baharuddin, of the Semelai community, died at the scene while Norihan, who was previously treated at Tuanku Fauziah Hospital in Kangar, has been transferred to the Penang Hospital for further treatment.

Yesterday, 15 locals were ordered to be remanded for four days, while three Thaicitizens were remanded for one week to assist investigations into the case. - Bernama 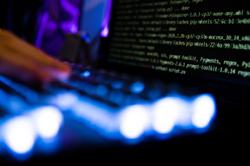