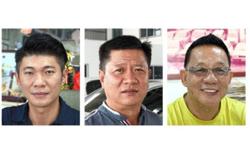 JOHOR BARU: Second-hand car dealers here have been getting more enquiries from car owners who are keen to sell their vehicles. Some of the cars have been used for less than two years.

“There has been a slight increase in the number of people wanting to sell their cars, ever since we reopened after the MCO ended in June, ” said second-hand car shop manager Chang Keng Keong, 38.

Higher demand: (From left) Chang, Ooi and Soong say dealers have been getting more enquiries from owners who are keen to sell their cars.

He estimated that there had been a 30% increase in the number of people who asked for information about disposing of their cars since September when the loan moratorium ended.

However, some of them, he said, changed their mind after finding out about the market value of the vehicle.

Many did not follow through with their plan after finding out that they would have to fork out more money to settle the balance of their hire purchase loan.

“For instance, if the car still has RM50,000 worth of loan and its market value has fallen to RM40,000, the owner would have to fork out another RM10,000 to sell off the car and stop paying monthly instalments.

“Of the number of car owners who reached out to us, we were only able to buy half of the cars offered. The rest of the car owners were unable to come up with enough money to pay off the bank loan, ” he said.

A salesman at another second-hand car dealership, Viktor Ooi, 53, said the shop received a monthly average of 20 people who wanted to sell over the past few months.

“Some of them are those who recently lost their jobs in Singapore and are now working in Johor where the pay is comparatively lower. They could no longer afford to service their car loan.

“There are also those who wanted to trade in their cars for a cheaper one, ” he said, adding that these were owners of cars that were less than two years old.

Second-hand car dealership owner Peter Soong, 68, said that there had also been a slight increase in the number of people buying used cars.

The increase was noted between June and August but the number had since gone back to normal, he said.

“Most people who come to my shop are those wanting to sell or trade in their cars, ” he said.

“Many of these vans were previously used to ferry tourists before the MCO. Due to the effects of the pandemic on the tourism industry, some tour operators have decided to sell off the vehicles.”

He estimated that there had been a 30% increase in the number of people disposing of the vans.

“We started to see an increase last month when tour operators felt that it would take a long time for the industry to go back to normal, ” he said. 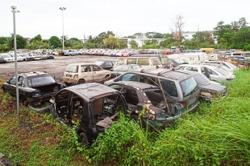 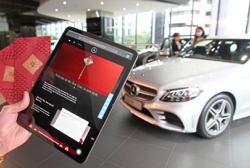