PETALING JAYA: The call of a gibbon in the Borneo jungle was a sign that former resort employee Daniel Quilter would play a bigger role in protecting the environment.

Seeing the primate on the boardwalk at Sukau Rainforest Resort in Sabah was a rare and incredible sight for Quilter, and it made him realise that he had to pursue his ambition. “One of my idols is Sir David Attenborough. I’ve always wanted to work in conservation, not as a pure NGO but as a social enterprise because I see that being the way forward, ” he said in an interview.

The Fuze Ecoteer Outdoor Adventures Sdn Bhd general manager said one of the perks of his job was being able to see people enthused about nature and that his social enterprise was born out of the same kind of enthusiasm.

Back in 2011, Quilter and Fuze Ecoteer co-founder Pavin Damadram were diving at Pulau Perhentian, Terengganu, when they saw about 40 sharks in a feeding frenzy.

They took this as a sign for them to join forces in their conservation work.

Quilter said Fuze Ecoteer had its humble beginnings in a run-down village house in Perhentian with few amenities.

“We renovated the premises and made it liveable. It was such a luxury for us to have a fridge installed, ” he added.

Now, the Fuze Ecoteer house has transformed into a place where volunteers and interns gather to learn more about conservation efforts.

But what makes Quilter beam with pride is the fact that volunteers and interns who have come through the doors of the house have stepped up to lead other conservation initiatives.

Quilter and his team do not only groom leaders but also try and rope in members of the community as part of their long-term conservation plans, and offer education and alternative sources of income.

His team has also managed to get the local children involved in beach clean-ups and lessons about corals to encourage interest in preserving the environment. 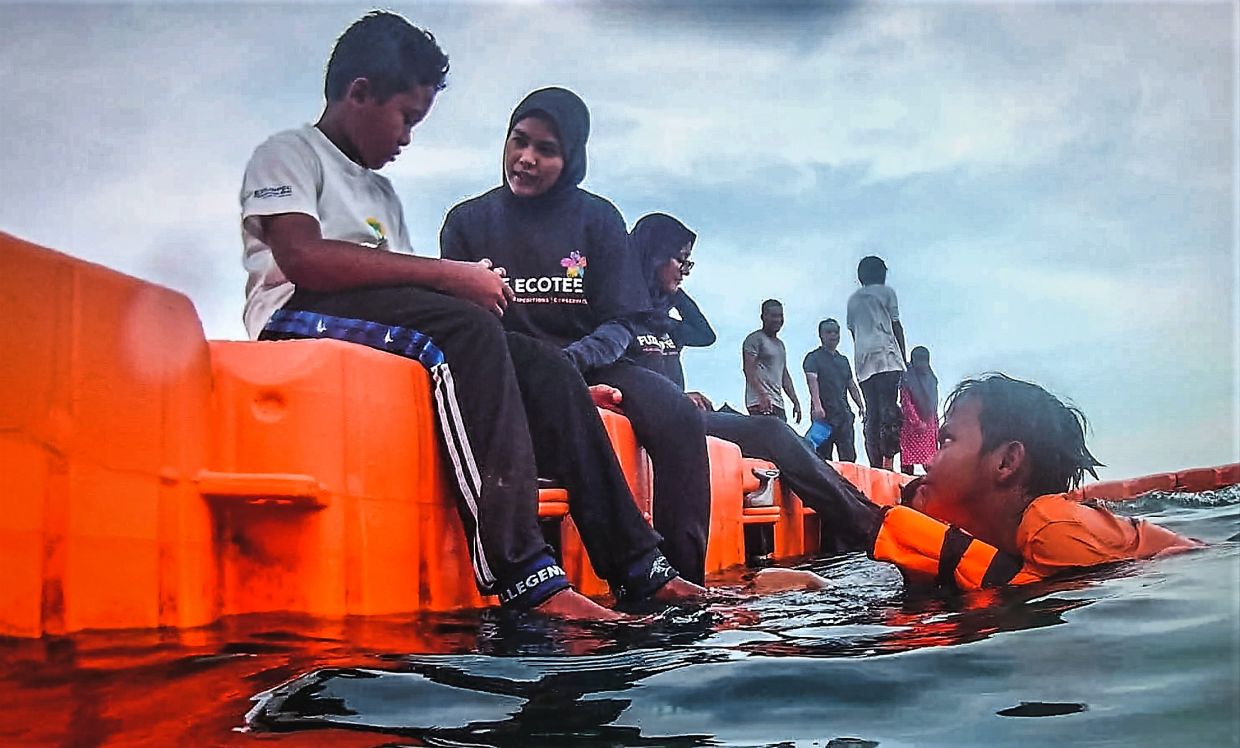 Starting them young: Fuze Ecoteer volunteers teaching local children at Pulau Perhentian in Terengganu about corals and the importance of preserving the environment.

“We’ve known some of them since they were eight. It made us happy to hear that they are ready to fight for Mother Nature now that they are approaching 20.

“It took us about 10 years to get there, but it shows that our hard work in laying the right foundation has paid off, ” he said.

However, Quilter also learned that Fuze Ecoteer’s slow and steady pace might not be suitable for those who wanted to see fast and immediate results.

“The challenge is to keep people motivated to continue with the right practices, but we have been very fortunate to have an amazing team who are passionate about what they do and this keeps us going, ” he added.

Other than volunteering their time for the environment, Quilter said Malaysians could help by making small changes.

He said one way was to be mindful of where they spent their money and to support establishments that were ethical and adopt environmentally-friendly practices.

But, he added, the most powerful arsenal was the people’s voice.

“They should speak out when they see practices that can harm the environment.

“When you say ‘don’t do it’, others will take note, so be brave and point out something that is not right like sea turtles being fed or ridden or wild animals being kept as pets.

“The authorities can’t be everywhere. We need to be their eyes and ears. People have a duty to point out what is wrong, ” Quilter said.For their efforts, Fuze Ecoteer is recognised as one of the 10 winners of the Star Golden Hearts Award 2020, an annual award that celebrates the unsung everyday heroes in Malaysia.