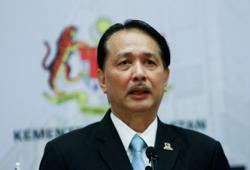 The Health director-general said the current capacity in Selangor, Kuala Lumpur and Putrajaya stood at 4,739 beds.

The Cheras Rehabilitation Hospital has been converted into a Covid-19 hybrid hospital, adding 230 beds to the capacity.

In addition, eight blocks of the Health Ministry’s training institute in Sungai Buloh provided another 2,400 beds, while the National Leprosy Control Centre was turned into a Covid-19 quarantine and low-risk treatment centre with 648 beds.

“All these facilities have increased the number of beds by almost 14 times from 345 beds on Oct 1 to 4,739 beds as of now, ” he said during yesterday’s Covid-19 press briefing.

Sabah has the highest with 387 new infections or 58.6% of the total cases, followed by 139 cases in Selangor, 29 in Kuala Lumpur and one in Putrajaya.

Dr Noor Hisham also said there were four Covid-19 deaths, with two cases in Sabah and another two in Perak, bringing the death toll to 322.

A total of 630 patients have been discharged while the number of active cases stood at 12,814.

There were eight new clusters detected, with three in Sabah.

On another matter, Dr Noor Hisham said the country’s efforts in dealing with polio remains steadfast despite the pandemic.

“The administration of polio vaccine for children under the National Immunisation Programme will continue at the ministry’s health facilities throughout the MCO but with strict adherence to the standard operating procedures.

Dr Noor Hisham said that since the Philippines reported a polio outbreak in September 2019, detection activities have been stepped up.

He added that due to the ministry’s active polio immunisation campaigns, the last confirmed polio case was reported on March 10. 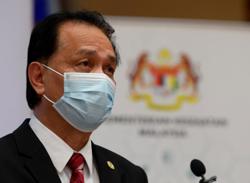 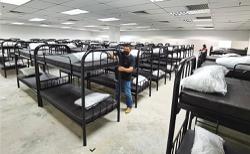