KUALA LUMPUR: The High Court here has allowed an interim stay for the Judges' Ethics Committee (JEC) inquiry against Court of Appeal judge Datuk Dr Hamid Sultan Abu Backer, who is being investigated over a judicial complaint.

Justice Mariana Yahya said the status quo must be maintained until the hearing of Hamid's application for leave for judicial review to challenge the JEC's decision to hold the inquiry behind closed doors.

"To avoid any injustice, it is the opinion of the court that the status quo shall be maintained temporarily until the hearing of the leave application.

"The court allows the interim stay until the date of the hearing of leave only, which has been fixed for Dec 21 at 10am," she said in her ruling via email here on Thursday (Nov 12).

The court did not make any order as to costs.

The hearing on the main application for leave was initially scheduled for hearing on Thursday, but had to be postponed to next month due to the extension of the conditional MCO.

The court had also earlier heard objections to the interim stay from the Attorney General's Chambers, which represented the respondents, on grounds that the stay would obstruct the respondents from carrying out their duties under the Federal Constitution.

Datuk Joy Wilson Appukuttan, who represented Hamid, told the press that the interim stay was filed after his client received a letter from the JEC chairman informing that the inquiry would convene on Nov 25 despite the main hearing for leave postponed to December.

"We have, through our letter dated Nov 10, wrote to the JEC chairman requesting confirmation whether the inquiry would be adjourned in light of the extended conditional MCO but did not receive a reply," he said when contacted.

On Oct 20, Hamid, 65, filed the application for leave of a judicial review to challenge the decision by the JEC to hold a closed-door hearing of his case relating to its investigation against him.

He named the JEC chairman and the JEC as the first and second respondents respectively.

He is seeking a declaration that in-camera proceedings breached Articles 5 and 8 of the Federal Constitution, principles of natural justice and procedural fairness.

Hamid also sought a declaration that the JEC chairman was disqualified to preside, hear or deliberate over the complaints and matters raised in the allegations against him.

The matter stemmed from the JEC chairman’s decision to investigate two complaints raised against him by fellow judges relating to a judgment (PP v Aluma Mark Chinonso & Anor) he delivered as a sitting Court of Appeal judge, and an affidavit he affirmed that led to allegations of judges’ interference in the judiciary.

On Aug 11, Hamid said he received a notice that he had breached several provisions in the Judges’ Code of Ethics 2009, with respect to the two complaints.

Through his lawyers, Hamid made various requests, including for JEC proceedings to be in an open forum.

He claimed that JEC responded by saying his request was “without merit”. 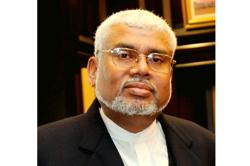 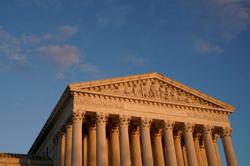