Four decades and still at it

His food cart is a familiar sight near the Kuantan Road market with hordes of customers queuing up to savour his delicacy, many being regular customers over the years.

“The movement control order has reduced the number of customers, but I am happy that many still look out for my apom, ” said Gunasekaran, 65.

He said he quit his job in a government agency in 1981, where he was earning RM370 a month, to take over his father’s apam business.

“My father sold apam near the Datuk Keramat police station, and I moved over to the present location when I took over, ” he said, adding that the apam back in those days was sold at 25 sen.

Gunasekaran has created his assortment of apam – from apam telur butter to apam telur cheese butter susu pekat – with prices ranging from RM1.20 to RM5.

“People from as far as Johor come to try my apam after hearing from their friends, ” he said.

Gunasekaran said it would be a quiet Deepavali this year due to the conditional MCO imposed in Penang for the first time.

“My stall will be closed for two days. Every Deepavali, I invite my Chinese friends from the Kuantan Road market over to my house.

“I have to thank all of them for supporting my business and recommending my apam to marketgoers, ” he said.

Gunasekaran said due to the MCO, his income was cut by half.

“But I love what I do and will continue as long as I am able to.

“The heat from the stoves can be strong at times, so I wet my apron frequently to protect myself, ” said the father of three who operates his stall daily (except Sundays) from 4pm to 8pm.

His wife, Jaya Sennivasan, 62, is no longer able to help him due to ill-health and stays at home.

“Last year, I was incapacitated for six months after an accident and many of my customers called me to wish me a speedy recovery. They are like family to me, ” he said.

Penangite Jason Ong, who now lives in Subang Jaya, always makes it a point to drop by Gunasekaran’s apam stall whenever he returns to his hometown.

“His apam is super tasty and I always look forward to enjoying it. The last time I went over, he was already sold out but Guna did not want to disappoint me. He took away two pieces prepared for another customer and gave it to me, ” said the businessman. 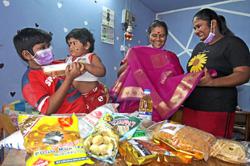 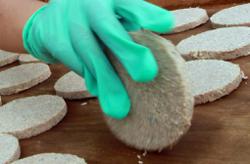