The Deputy Chief Minister said this meant Kuching had recorded 49 locally transmitted cases in the past 14 days, changing its status from yellow to red.

He said the remaining 39 districts in the state remained green zones.

Sarawak classifies red zones as districts with more than 40 local transmissions in the last 14 days, yellow zones with one to 40 cases and green zones with none.

This brings the number of cases in the cluster to 25.

"Since the index case of the Baki cluster was reported on Oct 18, the Health Department has conducted contact tracing and active case detection at Kg Haji Baki.

He said an enhanced movement control order (MCO) would be enforced at Kg Haji Baki from Wednesday (Oct 28) until Nov 10 as a preemptive measure to break the chain of transmission in the cluster.

During the enhanced MCO period, residents in the affected areas are not allowed to leave their homes.

Houses of worship and schools will be closed and economic sectors are not allowed to operate.

"The Kuching divisional disaster management committee will coordinate the distribution of food during the enhanced MCO," Uggah said.

In addition, he said all entertainment and reflexology centres would be closed starting Wednesday until further notice as they were considered high-risk premises. 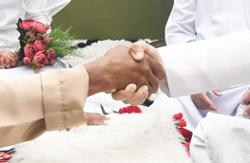