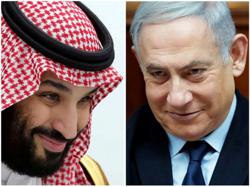 The source also said that a special Cabinet meeting will follow right after the meeting with the mentris besar and chief ministers.

The notice for the meeting is at 9.30am on Monday and was sent out while the Malay Rulers were meeting the Yang di-Pertuan Agong at Istana Negara on Sunday (Oct 25).

"The special Cabinet meeting will be at 11.30am.

"These meetings will update them on the current situation and what occurred during the meeting of the Rulers with the King.

"Opposition MBs and CMs are also invited for the meeting tomorrow," said the source.

Meanwhile, Johor Mentri Besar Datuk Hasni Mohamad confirmed that he has been notified of the meeting to be held in Putrajaya tomorrow.

“Yes, there will be a meeting tomorrow. I will have to check if an agenda has been laid out for the meeting,” he said when contacted Sunday.

Penang Chief Minister Chow Kon Yeow has also confirmed that he will attend the meeting with the Prime Minister.

"Yes, we have received the invitation," he added.

A senior aide said that Amirudin will be attending the meeting.