In the outlying areas of the city, dozens of cars parked in low lying spots were partially submerged while many offices and schools saw a low attendance.

Social media users shared photos of floods in Jalan Tuaran and Telipok, villages in Inanam and Manggatal as well parts of neighbouring Penampang and Tuaran.

Some roads in Penampang were passable only to heavy vehicles and by noon yesterday, water levels had risen in the Penampang area.

The Sabah Fire and Rescue Department said they received reports of flooding in Taman Telipok Jaya along Jalan Tuaran and Kampung Kaulan in Tuaran. 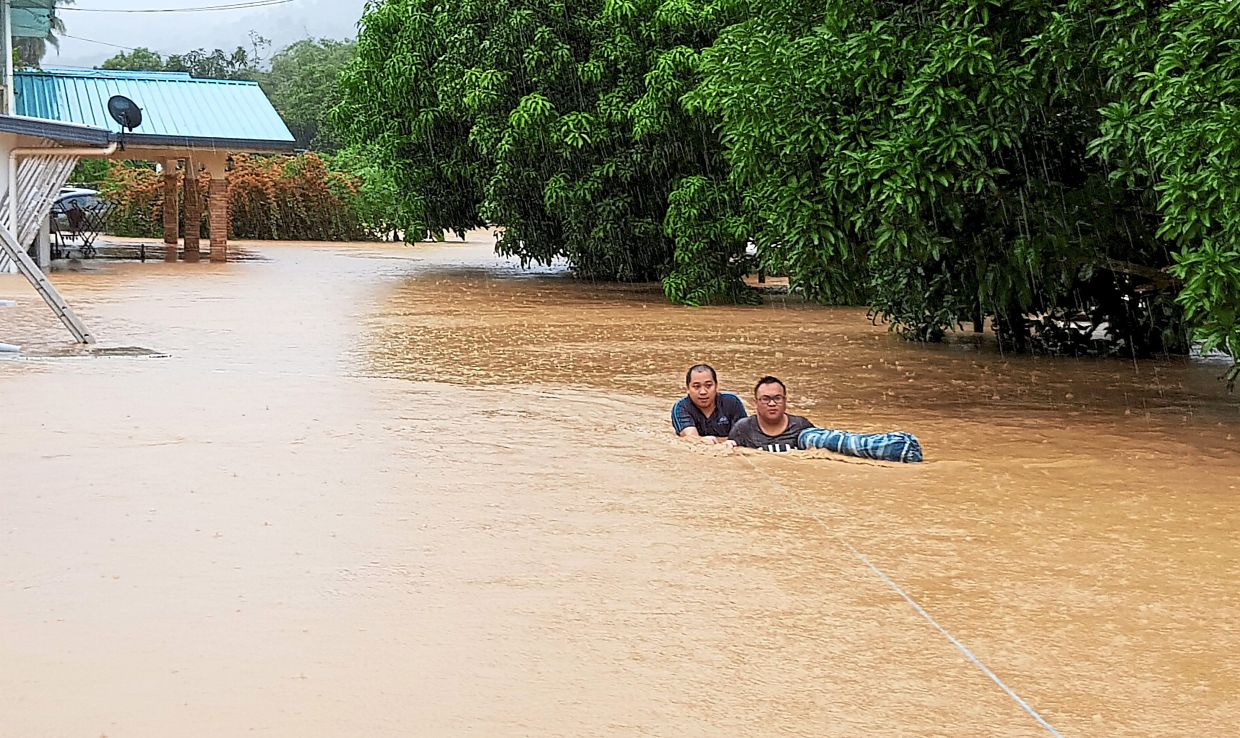 Safety line: A couple of residents from Kampung Kaulan Tamparuli using a rope to wade through the flood waters. (Below) Cars parked in a commercial complex area at Telipok, Kota Kinabalu, partially submerged as water began rising in the early afternoon. — Bernama

So far there have been no reports of any casualties, said a spokesman.

Minor landslips along the Tamparuli-Ranau Road were also reported.

Meteorologists expect the bad weather to persist in the west coast and interior Sabah until today.

Among the other districts affected were Sipitang, Tenom, Kuala Penyu, Beaufort and Keningau as well as Kota Kinabalu, Tuaran, Kota Belud, Kudat and Kota Marudu.

Sabah Electricity Sdn Bhd (SESB) is also on a full alert to provide immediate assistance in the event of a power failure. 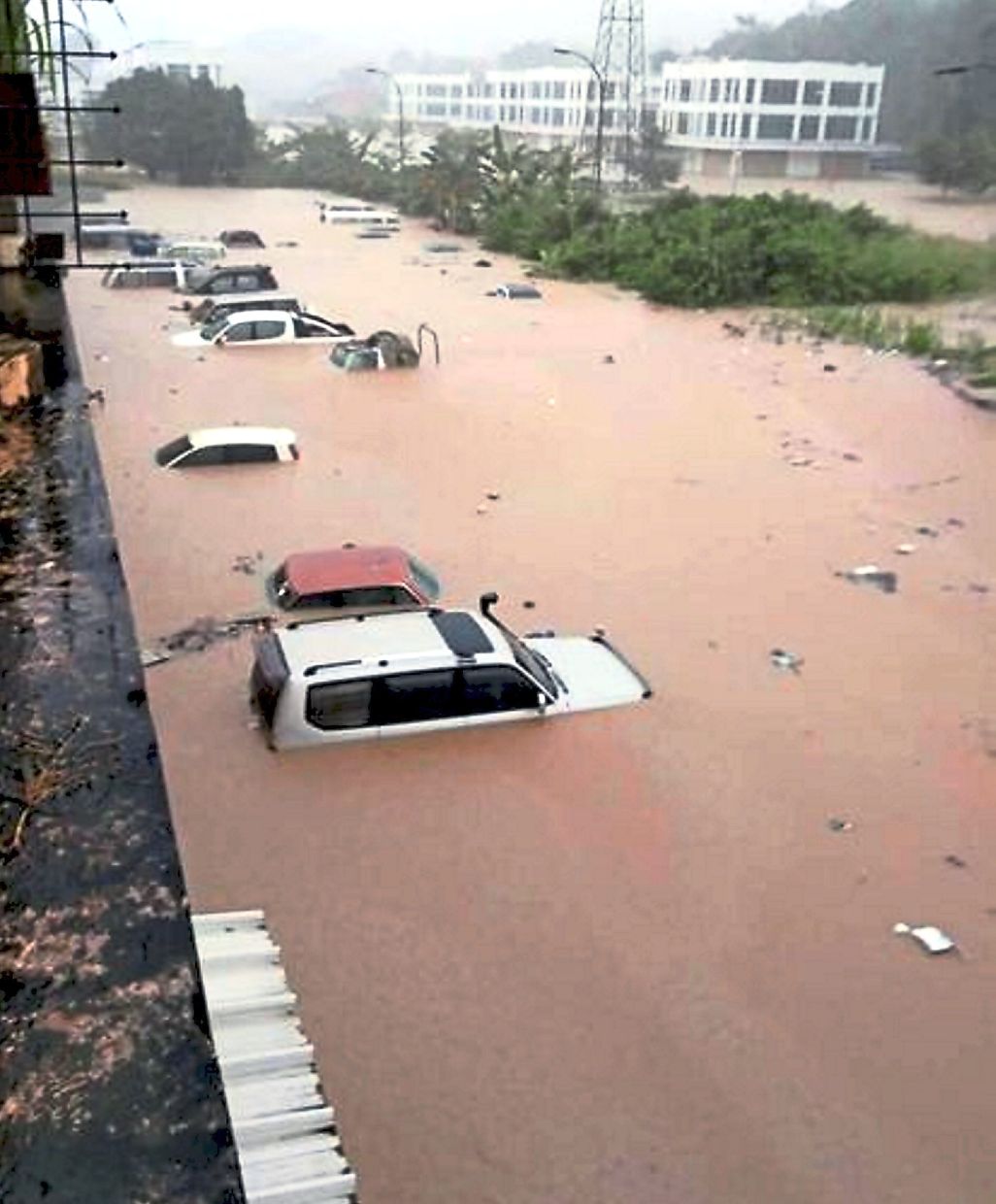 knocked out the power supply to certain areas.

Norhizami said critical areas such as hospitals would be given immediate attention in the event of a power failure.

“We advise the public not to touch trees that have fallen power cables over them, ” he said and urged the public to immediately inform them of any such incidences.