COVID-19 has taken a toll on Ombak Resah crooner Ashira (pic), who has not only lost her source of income from gig shows, but was also kicked out of her rented home, reported Berita Harian.

On top of that, her 14-year-old son is suffering from depression because he was worried about schooling after they were kicked out of the house on Tuesday.

The 35-year-old single mother expressed sadness because her son was deeply affected by the hardship they faced.

Ashira, whose full name is Sharifah Nur Ashira Syed Abdul Aziz, felt lucky after being asked to be one of

the participants of the seventh season reality programme Gegar Vaganza that will be aired next month.

But her happiness was short-lived after her landlord demanded she vacate the house as she has been unable to pay the rent in full over the last six months.

“Initially the houseowner allowed me to pay as much as I could afford, ” said Ashira, who even sold laksa during Ramadan to make ends meet.

Ashira was singing at nightclubs in the Middle East, including Dubai, Bahrain and Abu Dhabi, but decided to return to Malaysia last year and focus on gig shows.

But her source of income was affected by movement restrictions in the wake of the Covid-19 pandemic.

They collected 300 facemasks at a bus station, Taman Tasik, and the main road at Taman Selasih within two hours.

GSK chief Mohamad Farid Yusoff, 31, said they initiated the campaign because used masks posed a hazard in the wake of the Covid-19 pandemic.

“We will continue organising this campaign from time to time, ” he said. 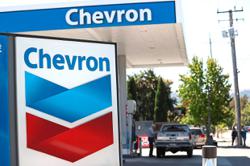