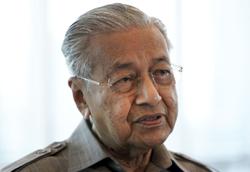 MIRI: Sarawak's ruling Gabungan Parti Sarawak (GPS) coalition has not made any decision to jump ship to Pakatan Harapan at the national level.

SUPP information chief Adam Yii said his party did not have any meeting with the other GPS partners on this.

"The announcement by Anwar Ibrahim that he has the majority to take over Putrajaya is news to us in SUPP.

"As far as we in Sarawak are concerned, GPS has never made any decision to side with Pakatan or Anwar.

"GPS component parties, as a coalition, have never even met to discuss such an idea," he told The Star when contacted Wednesday.

A PBB chief in northern Sarawak also said PBB had never made any decision to throw its support behind Anwar.

"It is not true that PBB is in favour of joining Pakatan.

"PBB has not discussed this topic with our GPS partners.

"We are still with Perikatan," said the source in reference to the current Perikatan Nasional ruling government in Putrajaya.

Sarawak has 31 parliamentary constituencies and GPS has 18 seats in the Dewan Rakyat, out of the total 222. 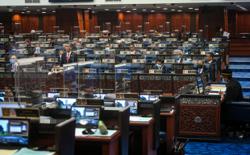