SEREMBAN: Employees Provident Fund members can still expect a “good” dividend payout if the fund continues to perform better in the second half of the year, said its chairman Tan Sri Ahmad Badri Mohd Zahir.

Although the EPF’s first quarter performance had been affected by the Covid-19 pandemic, the fund did better in the second quarter, he added.

“We hope to continue improving in the third and fourth quarters. If this happens, then God willing, we can still have good dividends.

“Let’s hope for the best,” he said when met after receiving a cheque of RM501,480 from Mentri Besar Datuk Seri Aminuddin Harun which was the state’s contribution for the i-Suri scheme for housewives.

On Saturday, the EPF in a statement said it recorded a gross investment income of RM15.12bil in the second quarter ended June 30, 2020 during extremely volatile and challenging conditions.

He cited ongoing issues, such as the US-China trade tensions and low oil prices remaining unresolved and Covid-19 continuing to run havoc in unprepared countries worldwide.

On the outlook for the remaining half of 2020, Alizakri said the EPF was maintaining a cautious stance.

Even as more countries were easing their quarantine restrictions and markets were reopening for business, a Covid-19 vaccine still remains a near future promise.

As at end-June 2020, the EPF’s investment assets stood at RM929.64bil, 30% of which was invested in overseas investments.

The EPF declared a dividend of 5.45% for Conventional Savings in 2019 and 5% for Syariah Savings.

In the previous year, it declared dividends of 6.15% and 5.9% respectively. The EPF Act 1991 requires it to declare at least a 2.5% nominal dividend every year.

The EPF has 14.5 million members, with 7.6 million being active contributors.

Earlier, Ahmad Badri said that state governments should emulate Negri Sembilan which has become the first to make EPF contributions for housewives under the i-Suri scheme.

“On behalf of EPF, I would like to congratulate the Negri Sembilan government for this initiative which will go a long way to help housewives in future.

“This shows that the state also recognises the roles of housewives to their families and the nation’s development,” he said.

The Federal Government launched the i-Suri incentive scheme in Aug 2018 for housewives, single mothers and widows registered under the e-Kasih programme to offer them some protection.

In addition to the Federal Government’s RM40 monthly incentive, eligible i-Suri members will enjoy the same benefits as EPF members, such as annual dividends on their retirement savings, withdrawals of EPF savings and death benefits.

Aminuddin in his speech said that 8,358 housewives in the state who registered under the programme will receive an additional RM5 a month from the state government.

“By adding to their contribution, we hope more Malaysians especially women and housewives will have some form of savings for their old age and be able to lead quality lives,” he added. 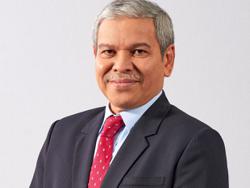 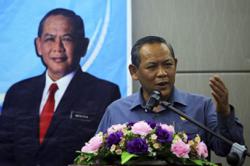 Covid-19: PD's Immigration Academy to be made into treatment centre, says MB

Selangor return early due to increase in Covid-19 cases