Two girls died and two hospitalized after sleeping in their car at a Petrol station along Plus highway. Penang Kini fb pages

BUTTERWORTH: A decision to take a nap in the car with the engine running proved tragic for four pharmacy students after three of them died from carbon monoxide poisoning.

The deceased -- Sharifah Fariesha Syed Fathi, Ayuni Shazwanie Shabri and Nor Adilah Mohd Safwan, all 21, were in the car with Nor Adilah’s twin sister, Nor Aqilah, who remains in critical condition at the intensive care unit (ICU) of Hospital Angkatan Tentera Lumut.

Hailing from Kedah, the students were earlier found unconscious in an MPV parked at a petrol station in Sama Gagah, next to the North– South Expressway, early yesterday.

He said Sharifah Fariesha was pronounced dead on the scene, while Ayuni Shazwanie died shortly after arriving at the Seberang Jaya Hospital, while Nor Adilah succumbed at 4.23pm yesterday after she was warded at Hospital Angkatan Tentera Lumut’s ICU.

ACP Shafee said the four of them, all awaiting their convocation from the same college, were heading home to Kedah after an outing at Pulau Jerejak in Penang earlier.

“Based on a CCTV footage, the car came to the petrol station at 8.30pm on Wednesday.

“Some of them went to buy food at the station. They returned to the car after getting the food and did not come out again,” he said.

One of the victims’ father, said ACP Shafee, had received a message from his daughter that they were resting at the petrol station at 9.15pm on Wednesday.

“When the girl did not make it home at 11pm, the father went to look for her.

“He called the ambulance after seeing the girls unconscious in the MPV, with the engine still running and windows shut.

“The ambulance came and confirmed that one had died, while the three others were rushed to the hospital,” he said.

ACP Shafee said a check by a technician found leakage in the car’s exhaust, resulting in engine emissions being drawn into the cabin as the vehicle was stationary.

Meanwhile, Norjamilah Ahmad said the death of her niece, Sharifah Fariesha, was shocking.

“I am very close to her. The family is devastated as she was my sister’s only child,” she said, adding she last spoke to Sharifah on Tuesday.An expert said napping with the engine running to keep the air-conditioning on was dangerous, and should be avoided.

“Roll down the windows a bit if you want to take a rest inside the car. It may be uncomfortable, but it won’t kill you,” said Dr Azril Haris Yafee Amar, a consultant at Sungai Petani’s Pantai Hospital who specialises in internal medicine.

“Many say an hour of napping is alright, but the risks are still there, and one can die of suffocation as the same air is recirculated inside the car,” said Dr Azril, who added that carbon monoxide may enter the cabin, potentially leading to unconsciousness and cardiac arrest. 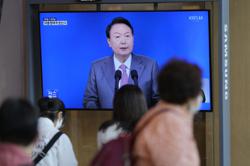