JOHOR BARU: A commissioner of oaths is seeking more than a video apology from a social media influencer who had body-shamed her on social media.

Suharnizan Md Sidek, 37, has given a 14-day notice of demand to Eira Aziera, real name Noorazira Pissal, 37, to come out with a public apology and compensation.

She said the video was shared to her by a family member where she had received various texts and responses from her family, friends and from the public.

“I only wrote on the comment section that she did live cooking and eating while putting weight loss products and questioned whether the product worked but I did not expect her to attack me on social media.

“There has also been a Facebook page under the name ‘Suharnizan md sidek supporter’ that I did not authorise that has used my pictures to gain sympathy from the case, ” she said, adding that she and her family were traumatised over the incident.

Suharnizan also claimed that she had also suffered from depression, stress, mental disturbance and could not focus on her work as an oaths commissioner.

In the eight-minute video, Eira was seen using derogatory remarks against Suharnizan while showing pictures of her and her children during the live stream.

Meanwhile, Suharnizan’s lawyer Mohd Rasheed Hassan said the compensation was for the trauma that Eira has caused to the victim and her action of body shaming his client during a live Facebook stream on Aug 18.

Although the original video had been deleted, a shorter eight-minute version of the video can still be found on Facebook that had gained more than 100,000 views and 500 shares.

“We are aware of the apology video but it will not be able to cover the damage and trauma she had caused to my client. We are not satisfied with how she (Eira) conducted it, we want the script to come from us and we wanted her to promise to never do this again in the future.

“We wanted this case to be a lesson to other members of the public that you would not get away with anything that you said on social media, there are laws and regulations that you must follow, ” he added.

Both Suharnizan and Rasheed said this after lodging a police report against Eira at Larkin police station here on Tuesday (Sept 15).

He added that action can be taken under Section 233(1)(b) of the Communications and Multimedia Act (CMA) 1998 for communicating with intent to annoy, abuse, threaten or harass any person at any number or electronic address which carries a maximum fine of RM50,000 or a jail term not exceeding one year or both.

“If she (Eira) fails to adhere to our notice of demand, we will take legal action against her, ” he said adding that her client is willing to do an out-of-court settlement.

In a report by mStar, Eira, through her apology video, said that she was sorry over the whole matter and would improve herself. 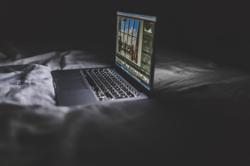 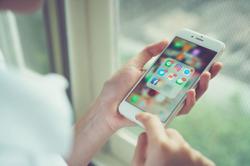 The Week That Was 5h ago