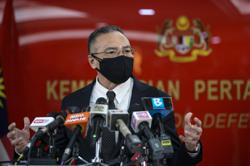 PUTRAJAYA: Malaysian citizens who hold long-term passes from another country can now leave without having to apply to the Immigration Department.

Its director-general Datuk Khairul Dzaimee Daud said this ruling, which is of immediate effect, involves Malaysians who had returned during the movement control order (MCO).

"Earlier, we had asked that they apply before leaving the country to avoid them from going in and out of the country many times, as the government was fully paying the quarantine charges.

"However, now if they are to return again, they will have to pay the cost of quarantine," he told a press conference here on Tuesday (Sept 15).

Last week, the Immigration Department updated its list of procedures for Malaysians leaving and entering the country.

Among others, the rule states that Malaysians who among others hold a permanent resident pass or work permit abroad and had returned during the MCO would have to apply to the Immigration Department before leaving.

On the confusion at Kuala Lumpur International Airport (KLIA) last week, Khairul said that the Malaysians who were scheduled to leave fell under the category where Immigration approval was necessary.

"When the officers checked, these people did not have the department's approval which was necessary in order for them to leave the country. That was sorted out and we will now allow those who hold permanent resident and work passes to leave," he said.

On Sept 12, a group of Malaysians who were scheduled to leave for their respective destinations abroad were barred from leaving the country by Immigration officers at the KLIA. 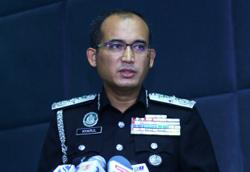