GEORGE TOWN: A video showing a school of dolphins just off the Tanjung Bungah seafront is making a “splash” on social media.

In the video, the dolphins are seen frolicking playfully and breaking through the surface of the water before swimming off after a few minutes.

A group of fishermen recorded the dolphins with one of their smartphones from their boat at Teluk Tikus.

The last sighting of the mammals was reportedly last November near the Penang Bridge.

Universiti Sains Malaysia’s Centre for Marine and Coastal Studies senior lecturer Dr Leela Rajamani said the species that were caught in the video were humpback dolphins, which could be found in Penang’s coastal waters.

She said the total number of humpback dolphins was not known but said there had been sightings in the past of as many as 50 swimming in Penang waters.

She said dolphins could be seen around Batu Ferringhi, Teluk Bahang and near other beaches in Penang.

“Humpback dolphins are an inshore species. They live not so far out in the ocean and about two nautical miles from the shore. They like to move around but they are always near the shore,” she added.

Leela said humpback dolphins were not endangered but were listed in the International Union for Conservation of Nature’s Red List of Threatened Species.

She said the people could download the Marine Mammal app to record any sightings of marine mammals such as dolphins, porpoises and whales.

Leela said those who caught sight of marine mammals could use the app by capturing the picture of the species and answering a series of questions related to it.

The data would then be collected, summarised and presented in a web portal to various stakeholders in marine mammals conservation efforts in the state, she added. 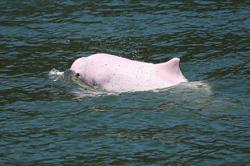 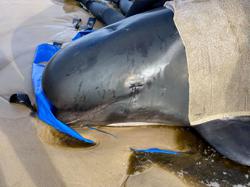