The Transport Minister raised the matter Thursday (Aug 20) after five travelers arrived in Penang from Medan, Indonesia, on a chartered medical flight after undergoing strict medical screening and tests.

"This includes isolation and tests that follow international health and medical standards.

"All these were to ensure that the patients were not Covid-19 positive and all of them were only allowed into the country via chartered flight," he said in a Facebook post Thursday.

He added that the National Security Council allowed such flights to enter the country subject to strict health conditions being met.

"The Civil Aviation Authority of Malaysia (CAAM), Malaysia Airports Holdings Bhd (MAHB) and the Immigration Department had approved the arrival of the chartered flight from Indonesia after it had fulfilled the standard operating procedures (SOPs)," he noted.

He said that if the Penang state government had opposed such flights from entering the country, it should have submitted a proposal to the NSC for a decision as was previously done by the Sarawak state government.

He noted that both meetings were chaired by Penang Chief Minister Chow Kon Yeow, who initially praised the state’s medical tourism achievements but later denied any knowledge of the medical chartered flights following criticism from Penangites.

"Is the state government aware of this issue or not?

"The state government did not raise any objection to any relevant departments but instead is opposing it as an 'afterthought'. Isn’t this a political show?," the MCA president said in his post.

On Aug 18, Ismail Sabri warned that state governments were not allowed to impose their own regulations to prevent any clash with the regulations implemented at the federal level. 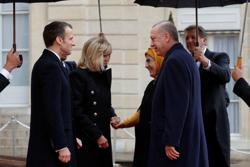