KUALA LUMPUR (Bernama): The High Court here heard today that Datuk Seri Najib Tun Razak had already known that transactions were made in his accounts in 2016 but the former prime minister only filed a civil action against AmBank and its former relationship manager, Joanna Yu Ging Ping, after Yu testified in the SRC International case.

Lawyer Datuk Dr Gurdial Singh Nijar (pic), representing Yu, submitted that the former premier only relied on his client’s evidence to file a civil action after the bank officer testified as a prosecution witness on July 22, last year.

"They (Najib’s lawyers) said this civil suit was independent and had nothing to do with SRC International.

"But they waited for the SRC International trial to bring an action. They filed a suit a few months after my client testified, ” he said in his submission to strike out a suit filed by Najib against his clients, AmBank and AMMB Holdings Berhad.

Gurdial said Najib and his team were trying very hard to fight the SRC case but definitely they did not succeed.

"Here, they are suing the witness (Yu). A perpetrator of the crime is suing a witness of the crime, ” he said, adding that the court must protect the witness from direct and indirect harassment.

Najib’s lawyer Harvinderjit Singh, however, contended that the only reason the lawsuit was filed now was because his client found out about the bank’s contravention during the SRC International trial.

"The point is, it required a trial for us to know. The plaintiff (Najib) has a right to look into the act of the defendant (Yu).

"But all these allegations require evidence, ” the lawyer said.

Lawyer Benjamin Dawson, who acted for AmBank and AMMB Holdings, said Najib filed this action for a collateral purpose to plug the evidential hole in the SRC defence.

Najib, through Messrs Shafee & Co, had filed the suit on Dec 9, last year at the High Court and named AmBank, AMMB Holdings Berhad and Yu as the defendants.

According to the statement of claims, the plaintiff contended that AmBank and Yu committed negligence when handling his bank accounts (ending with 694,880,898 and 906) by disclosing these to fugitive businessman Low Taek Jho or Jho Low.

Najib claimed that the defendants without authorisation had disclosed his bank statements, debit and credit remittance transactions, and balances of funds of account 694 to Low as the third party.

He claimed that the defendants did not engage with him to report on Low’s action on the said bank accounts and that the bank had facilitated the unauthorised third party to make money transfers between accounts 880,898 and 906.

The Pekan Member of Parliament contended that he had been kept in the dark about the details of his own bank accounts statements and other related documents by the bank under Low’s instruction.

He alleged that Low, with the help of other unauthorised third parties, made 20 transactions to regularise the accounts totalling RM12mil through several local and foreign remittances of funds and that the accounts had been "red-flagged" by Bank Negara Malaysia.

The former prime minister said the defendants failed to report and get direct instructions from him despite the accounts being red-flagged.

Najib also claimed he only discovered the act committed by the defendants during the SRC International trial after the prosecution revealed the conversations between Yu and the third parties.

He is seeking special, general, aggravated and exemplary damages from the defendants. 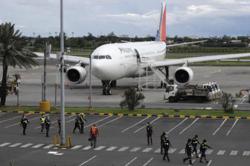 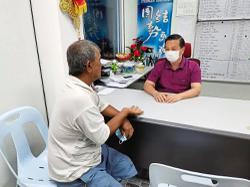