CRIMINALS had a field day on the Internet as millions of Malaysians turned to the world wide web during the movement control order (MCO) period, the Dewan Rakyat was told.

Ismail noted that these cases were the highest among five types of scams during the MCO period between March 18 and Aug 4.

The others were fake bank loans and SMS, love and Macau scams.

He was responding to Datuk Seri Abdul Azeez Abdul Rahim (BN-Baling) who asked the Home Ministry to state the number of financial scams or syndicates that had been active during the MCO period.

Ismail noted that there were 1,582 cases involving fake loans with RM18mil in losses, 1,001 Macau scams with RM50mil in losses, followed by love scams (481 cases) and losses of about RM18mil.

He said the police had taken steps to curb the problem, with increased operations against scammers and charging them in court.

“For the public, the police had gone down on the ground to raise awareness on the issue and had engaged with the local community, besides sharing information with other relevant agencies,” he said.

“It is true that scams had increased, especially during the MCO period.

“The scam involving face masks online had losses of about RM18mil,” he added.

Ismail said the police faced challenges such as in identifying callers and dealing with other issues, including account thefts and fraudsters operating overseas.

He added that the authorities needed the cooperation of other countries as well as Interpol.

“We will not simply expose any information provided in the app which is used by the police and MCMC.

“We will take action if there is any misuse of information of personal and private data,” he added. 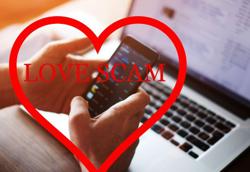