(From left) Dionysius, Mesran and Ruzairy with some of the found artefacts.

PEKAN: A number of Chinese artefacts have been discovered in Sungai Pahang here, which for the first time provides physical evidence of trading ships from ancient China in the area.

National Heritage Department director-general Mesran Mohd Yusop said some ceramic fragments and coins were unearthed from the riverbed when sand mining activities were being carried out.

An underwater archaeological survey was carried out for three days and more artefacts were found.

"A large number of the ceramic pieces appear to have been broken recently, probably caused by sand mining equipment. There are also signs of old cracks showing that these artefacts are ancient," said Mesran here on Friday (Aug 14).

Among the artefacts found were a broken celadon plate from the Song Dynasty, porcelain pieces possibly from the Ming Dynasty and some coins from the Tang, Song, Ming dynasties as well as the Pahang and Melaka Sultanates.

Mesran said more study was needed and the department would consult ceramics experts to identify the age and origin of these artefacts. 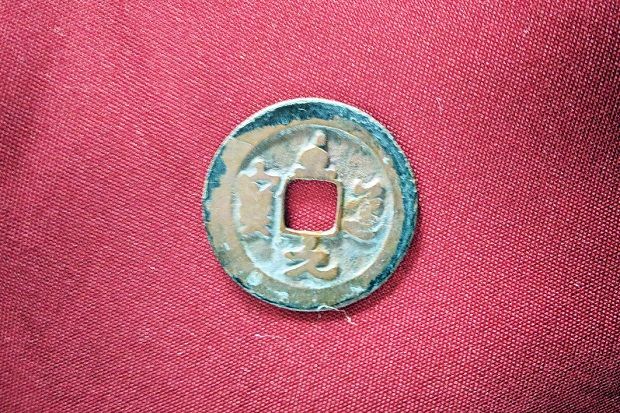 A close-up of one of the ancient Chinese coins unearthed from the riverbed.

Project leader Datuk Dr Dionysius SK Sharma said Pahang had been known to the Chinese since the fifth century, based on historical records.

"This site may be a place where merchant ships berthed while awaiting favourable conditions to continue their journey," he said.

The department's archaeology division director Ruzairy Arbi said the discovery was valuable because this was physical evidence compared to written records only before.

He said there could even be remains of Chinese or Thai junks in the river. 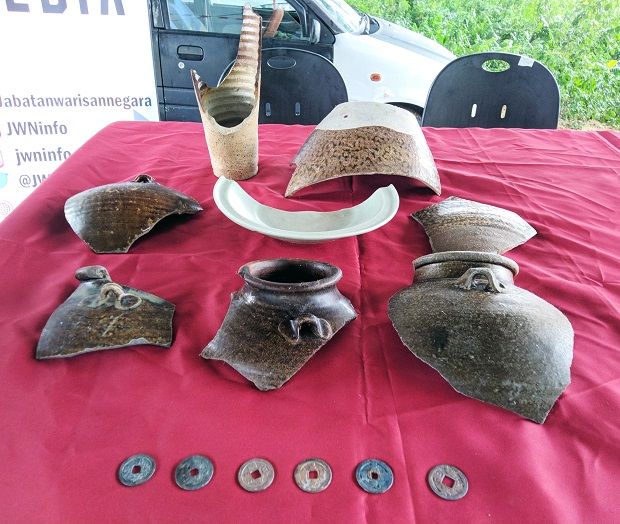 Asked if the department would propose for the site to be gazetted as a protected area, Mesran said the focus now was to find as many of these artefacts as possible.

He said the department was proposing for an archaeological study and conservation of the artefacts to be done in a systematic and organised manner.

"If there is a significant find, we will request for the sand mining to stop temporarily to allow salvaging to be carried out," he said.

Mesran also said the public must report any discovery of historical objects to the district officer or heritage commissioner as stated under Section 47 of the National Heritage Act 2005.