Global open call: Gordon-Levitt (pictured in this handout photo) often looks for ways to collaborate with as many people as possible.

PETALING JAYA: Malaysians have called on notable local singers to collaborate with US actor-director Joseph Gordon-Levitt on a song for his new film Project Power.

This came about after the 39-year-old star invited people from around the world to work with him on an original song and music video to promote the theme of Project Power.He included Malaysia in his Facebook post.

Gordon-Levitt and his Project Power co-star Dominique Fishback explained that they wanted to “create a song together with everybody from all over the world”.

The subject of the song is “What is your power?”

To participate, respondents can either rap, sing or contribute musically. If selected, contributions will be added to the number.

Since his post went up on Tuesday, many Malaysians have started suggesting various local artistes in the comment section.

Many others alerted their musical friends.

Sigmund Patterson wrote: “Get on this boii Austin 8 – 16 bars on power! Huh.”

Others wished they were musically inclined so they could participate in the project.

Gordon-Levitt must have read these sentiments because he later updated his post with a photo and open call to Malaysians.

“Take a look at this photo, then write one line about what this astronaut is thinking. You can write it in English or Malay, “ he posted.

Gordon-Levitt, who started out as a child star, has starred in box-office films (Inception, The Dark Knight Rises) as well as hit television shows (3rd Rock from the Sun).

Project Power centres on a pill that gives the user a superpower for five minutes.

Fishback’s character, Robin, sells the drug on the streets of New Orleans but is not a user herself because the youngster has a power of her own – she raps.

And she can freestyle based on just a single word.

Gordon-Levitt plays Frank, a cop who takes the pill to level the playing field to take down bad guys who take the drug to commit crimes.

The project is done under Gordon-Levitt’s company HitRecord, an online collaborative media platform, with Netflix as the partner.

It will be released tomorrow. 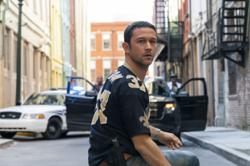 Joseph Gordon-Levitt wants to collaborate with Malaysians on a song 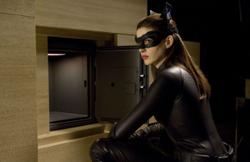 How did Anne Hathaway become Catwoman?