By ILI AQILAH and MANJIT KAUR

IPOH: In conjunction with National Day, road users in Perak are eligible to get up to a 70% in summonses and compounds.

He said the discounts, including for summonses issued by the now-defunct Land Public Transport Commission (SPAD), would be available until Aug 31.

"The discounts are for all summonses issued by JPJ and SPAD under the Road Transport Act 1987, Commercial Vehicles Licensing Board Act 1987 and the Land Public Transport Act 2010.

"The summonses can be paid at all state and branches of the department offices, at Urban Transformation Centres, through MySikap, JPJ, JPJ Kiosks and JPJ mobile portals," he said in a statement.

Severinus added those with blacklisted records must be present in person at the JPJ offices for documentation processing before the discounts are provided.

He said until Aug 8, a total of RM220,462 had been received through the settling of summonses with discounts.

"Thus I am hoping the public will take the opportunity to settle their outstanding summonses with the 70% discount in place," he added.

Similarly, the Ipoh City Council also offered between 30% and 50% discount on traffic compounds until Aug 31.

Ipoh Mayor Datuk Rumaizi Baharin said the discount would be applicable for compounds issued to the public for parking outside of designated parking lots and for not displaying parking coupons.

"I urge the public to take this opportunity," he told reporters after attending the "Fly the Jalur Gemilang" event at the city council on Jalan Sultan Abdul Jalil here Monday.

He said the discount would be available at any of the city council's payment counters. 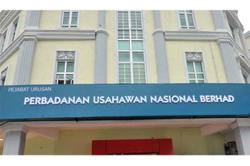