Stay safe: ‘There are 196 active cases in the country now, ’ says Health DG as he reminds Malaysians not to be complacent over the SOP.

PETALING JAYA: Fifteen Malaysians who returned from overseas and tested positive for Covid-19 were among the 21 new Covid-19 cases recorded in the country.

“They do not pose any risk of infection to the local community.

“The imported cases involved Malaysians who came back from Yemen (12 cases) and one case each from Papua New Guinea, Ivory Coast and the United Kingdom, ” he said in a statement yesterday.

He noted that the implementation of the strict international border controls was important to prevent the spread of infection acquired overseas.

From the 21 new infections yesterday, Dr Noor Hisham said six contracted the virus via local transmissions, and all of them were Malaysians.

“We recorded 18 recoveries yesterday, bringing the total infections in the country to 9,023 cases.

“There are 196 active cases in the country now, ” he said, adding that there were no fatalities, with the death toll remaining at 125.

Of the six local new cases, with three linked to the Sivagangga cluster in Kedah, two from two hospitals in Sabah, and another from a hospital in Johor.

The hospital cases were detected through screening at the pre-operation or procedure stages.

“The three Sivagangga cluster cases are the second-generation cases, from close contacts of those who initially tested positive.

“Two of them were children of the 9,000th case, while the third case was a close contact of the 8,976th case, who had symptoms of fever and breathing problems on Sunday.

“The patient received treatment at the Taman Selasih health clinic

in Kulim, ” he said, adding that a false message containing detailed information of the places this patient visited had gone viral.

“Everyone should not forward the message because it is not true, ” he said, adding that active tracing was ongoing.

From the Sivagangga cluster, Dr Noor Hisham said a total of 24 positive cases had been detected so far involving 19 Malaysians and five foreigners.

At present, Dr Noor Hisham said two patients were still being treated at intensive care units, with none requiring any ventilator.

Don’t be complacent, urges doc who had Covid-19 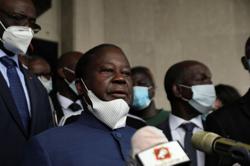 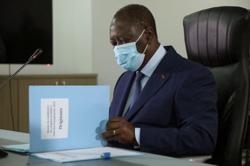 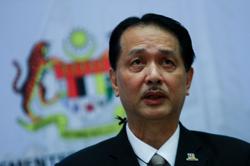