KUANTAN: The Communications and Multimedia Ministry plans to create specific legislation which will be responsible for and protect the national music industry, says Datuk Saifuddin Abdullah (pic).

The minister said the music industry currently did not have any specific legislation or organisation compared to the film industry, which has the Malaysian National Film Development Corporation Act.

As such, Saifuddin said he would appoint officers to prepare a draft, which is expected to be ready by the end of the year, apart from going through the consultation process with stakeholders.

“We must have in-depth discussions because the music industry does not only involve one group.

“There are also singers, composers and lyricists who cannot be sidelined when it comes to drafting the legislation.

“Among the main issues will be copyright, with many composers grumbling although we already have laws such as the Copyright Act.

“This matter must be further refined, ” he told a press conference after attending a sacrificial ritual at Masjid Salahuddin Al-Ayyubi, Indera Mahkota 15, yesterday.

Saifuddin said the proposal to create specific legislation had also been voiced by local music enthusiasts, including leading musical figures, during a series of meetings with industry players.

In another development, Saifuddin said his ministry was also looking into how it could help empower the local nasyid industry, which enjoyed its heyday back in the 1990s.

Saifuddin said empowering the nasyid industry, which also involves songs based on spirituality, was among the issues he discussed with Minister in the Prime Minister’s Department (Religious Affairs) Datuk Seri Dr Zulkifli Mohamad Al-Bakri recently.

“Certain Malaysian nasyid groups managed to penetrate the overseas market but they did it on their own. We should assist their efforts to succeed at the international level, ” he said. — Bernama 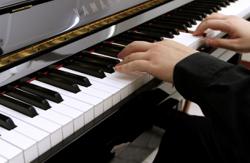 Setting up of national body on music industry