MALAYSIA has been ranked the second most successful country in the fight against Covid-19 after Taiwan, China Press reported.

A Japanese think tank recently released an evaluation report on the response of 49 major countries in dealing with the virus and Malaysia came in second with a combined score of 144.

Taiwan scored 180 points out of 200 in the assessment of two criteria – pandemic damage and economic damage due to Covid-19.

The United States, which has attracted much attention due to its high positive cases, ranked 41st with 24 points, while the United Kingdom with 23 points was ranked 43rd.

Peru’s overall 10 points placed it at the bottom of the list.

The report said that South-East Asian countries enjoyed higher rankings because they were alert to the development of the “unidentified pneumonia” earlier and implemented travel control early, which has the greatest effect.

The report noted that the development of pandemic damage and economic damage was largely related to how each country responded.

> The grandmother of a four-year-old girl, who was allegedly murdered, will conduct a funeral ceremony with an empty casket if she could not claim the remains of the little girl, Oriental Daily reported.

The grandmother, who was not named, was seen burning some paper prayer items while sobbing at her flat in Ang Mo Kio, Singapore.

“I’m not sure if my granddaughter’s body can be retrieved. I hope the authorities will tell me.

“Otherwise, we will conduct a funeral for her with an empty casket.

“I have prepared some of her favourite toys to accompany her,” she said.

Megan Khung Yu Wai was allegedly killed by her mother Foo Li Ping, 24, and her partner Wong Shi Xiang, 33, at a condominium in Paya Lebar in February.

Wong and Foo – who are understood to be a couple – had been charged with the murder on Saturday.

The couple, along with another woman, Nouvelle Chua Ruoshi, 30, have also been charged with disposing of the girl’s body.

They were said to have intentionally disposed of her body by transporting it to Paya Ubi Industrial Park and burning it in a metal barrel.

Ministry calls on US to stop exchanges with Taiwan 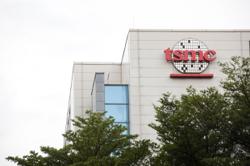